Gachagwa Clears the Air on 1992 Molo Clashes While He Was A DO. 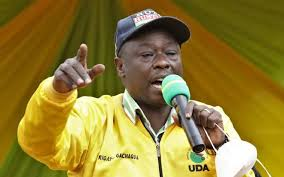 The Kenya kwanza alliance running mate and Mathira member of Parliament honourable Rigathi Gachagwa has responded to claims that he was the presiding district officer in molo when the 1992 Clashes took place.

Speaking to Saturday nation, the MP dismissed the claims terming them as creations of the media be and some inciters.

He said he never appeared before the truth, justice and reconciliation commission (TJRC) report and that he has never been high-handed as alleged.

"I have never served in Nakuru leave alone Molo. That story has been concocted by people who want to incite mount Kenya residents against me". He said.

He said that the stations he worked for are in the open domain and they include kirinyaga, kiambu, Garisa, Kakamega, Laikipia and Turkana.

He urged the media to authenticate some information before going to the press saying in every government institution there are records showing people who worked there at different Times.

He went on to enumerate his achievements as a DO in specific places such as limuru where he helped restore Peace and Kiambaa where he over saw the demarcation of ranches.

"I am very happy with my record as a DO I have never appeared in any inquiry report. This is just propaganda". He said.

His sentiments comes a few days after Nakuru governor Lee kinyanjui asked him to apologize to the survivors of Molo Clashes.

"During the tour, several suggestions have been raised by members of the public. Your kind consideration will be greatly appreciated. The first is a ‘public apology’ to the people of Molo for the commissions and omissions during his tenure as the dreaded DO," said kinyanjui ok Tuesday.

what are your views on this? Feel free to share your thoughts and comments on this on our comments platform. 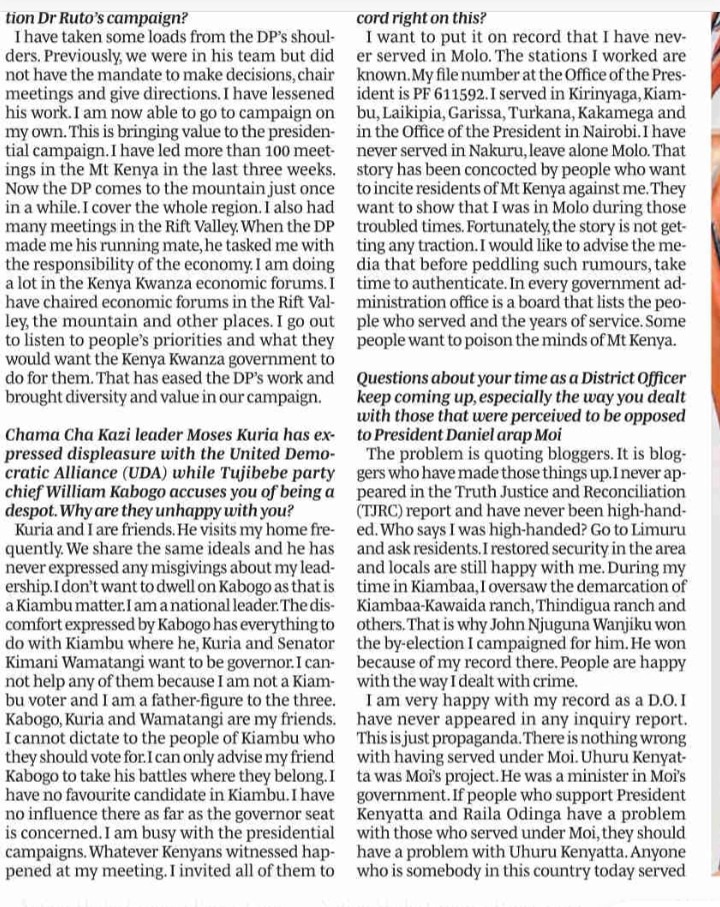