Opinion: High Court is Undermining the Constitutional Mandate of the President

In my opinion, the Judiciary is subverting the Presidential Authority installed on him by the Constitution of Kenya.

From the nullification of CAS positions, the minimum tax wage bill assented to law by Uhuru, the termination of the BBI whose survival now depends on the mercy of the Supreme Court, the cessation of Huduma rollout, to the "landmark jurisdiction" on the appointment of the controversial justices, the High Court has indeed tested the extend of Uhuru's Presidential Mandates.

It's worthy of note that His Excellency Uhuru Kenyatta was mandated to open doors to the appointment of 40 justices as earlier directed by the ex outspoken CJ David Maraga.

Even though His Excellency was reluctant to abide by the jury, judges should keep in mind that the President is mandated to uphold the integrity of the three independent organs of the government.

It's so unfortunate that the bench of three wrote off the suits filed by the CJ Lady Justice Martha Koome and the position of the JSC on the controversy pertaining the appointment of the six.

To add salt to insult, Uhuru was ordered to facilitate the appointment of the 6 within a period of 14 working days and incase he fails to abide by the ruling, the jury will proceed and perform the presidential roles in installing the 6 to their designated positions.

This would reduce Uhuru to a " Ceremonial President".

In doing so, the Judiciary would have stepped on the path of the executive. 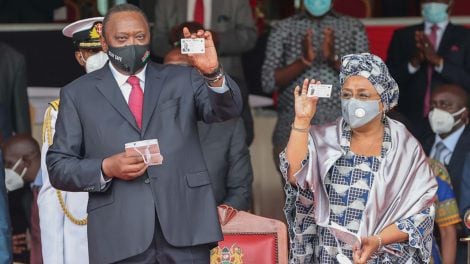 What do you think about this!