According to the news by Kenyans.co.ke via another video clip that has gone viral, the Kieleweke Governor has openly confirmed that she is very much aware that her decision to join Ruto's UDA Party will bring some troubles but said she followed the voice of Kirinyaga County Residents. 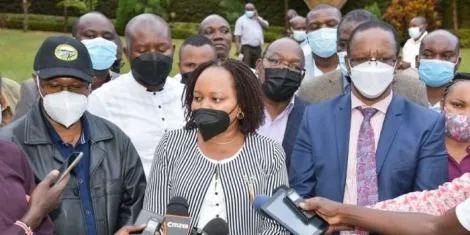 "If they ask me why I chose that party, I will tell them that the people of Kirinyaga picked it for me," Waiguru stated amid cheers from the crowd. 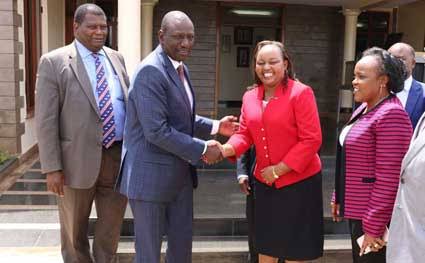 But then, Governor Waiguru's decision to Join Wiliam Ruto's camp has been interpreted as to say of securing her future political career which now hangs on a balance that President Uhuru Kenyatta has reportedly announced that she is not going to campaign for anybody via the Jubilee ticket.

According to the star, What shocked the MPs, and even resulted in murmurs, is when Uhuru dropped the bombshell. He is said to have told them to campaign for their re-election on their own.

“2017, I campaigned for you, this time I will not campaign for anyone. I will not be supporting anyone,” the president is reported to have said.