By RIFT.VALLEY.NEWS (self media writer) | 9 months ago 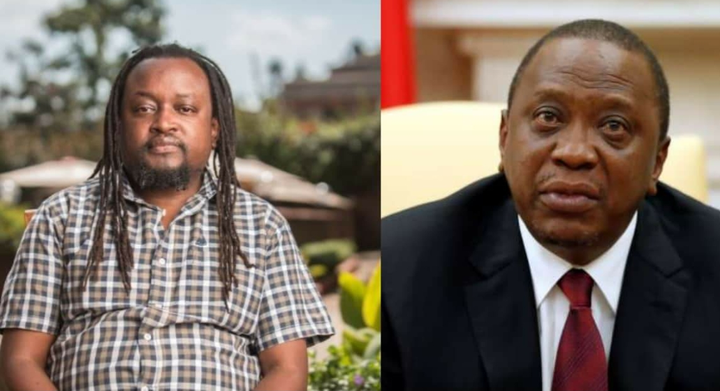 Kenyan activists have united to support one of their own, Edwin Kiama, who had been arrested over cyber crime allegations.

On Tuesday, April 6, the activist was apprehended following the viral posters that he had designed mocking President Uhuru Kenyatta and his Deputy William Ruto regarding the International Monetary Fund (IMF).

Kiama was presented on Thursday, April 8, before Senior Resident Magistrate Jane Kamau at the Milimani Law Courts, where his case was heard and ruled.

He was granted a Ksh 500,000 cash bail contrary to the police's application that he be detained for further 14 days.

To show solidarity with Kiama, Kenyans on social media led by fellow activists launched a fund drive to help raise the bail for the embattled activist.

"Edwin Kiama has been released on a cash bail of 500,000. He has to report to the police station daily for the next ten days until 18th April. His social media accounts are blocked. Not allowed to speak on anything relating to Covid loans. It has begun, the silencing of activists!" Boniface Mwangi.

Besides the bail, the activist was ordered to report to the Nairobi's Central Police Station daily until April 18. He was also barred from posting on his social media accounts.

Speaking to journalists, Kiama stated that he had no regrets concerning the viral graphics that got him in trouble.

The activist stated that he had acted in line with the freedom of expression borne in the Constitution.

His posters seemed to have amplified Kenyans' rage following a KSh 257 billion loan approved to Kenya by the IMF.

In his posters which had Uhuru and Ruto's portraits, Kiama warned the IMF and other lenders against issuing loans to Kenya owing to the massive corruption in the country.

The posters' message caused quite a frenzy will a lot of Kenyans sharing them across their social platforms.

Register Voters Even Night Time We Have Money To Pay You, Raila Tells IEBC