By gisembecollins (self media writer) | 2 months ago

President William Ruto has now revealed the reason why he has been appearing in many judicial functions since he became the head of state. 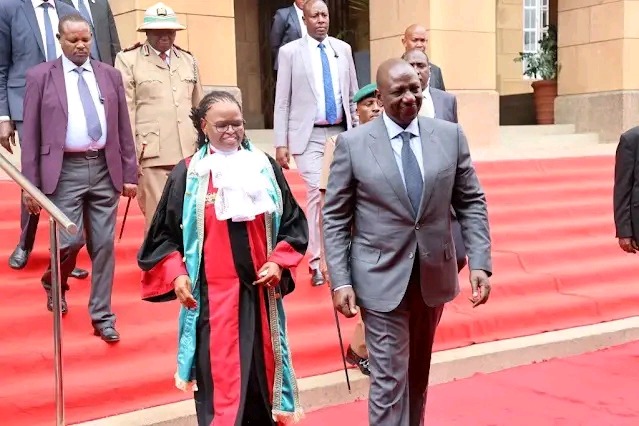 President Ruto has revealed that his only agenda is to support the judiciary so as it can effectively deliver justice to the people of Kenya.The President has said that those who were asking questions about his involvement in the judicial affairs should therefore kbow that he is only interested in effective justice administration. 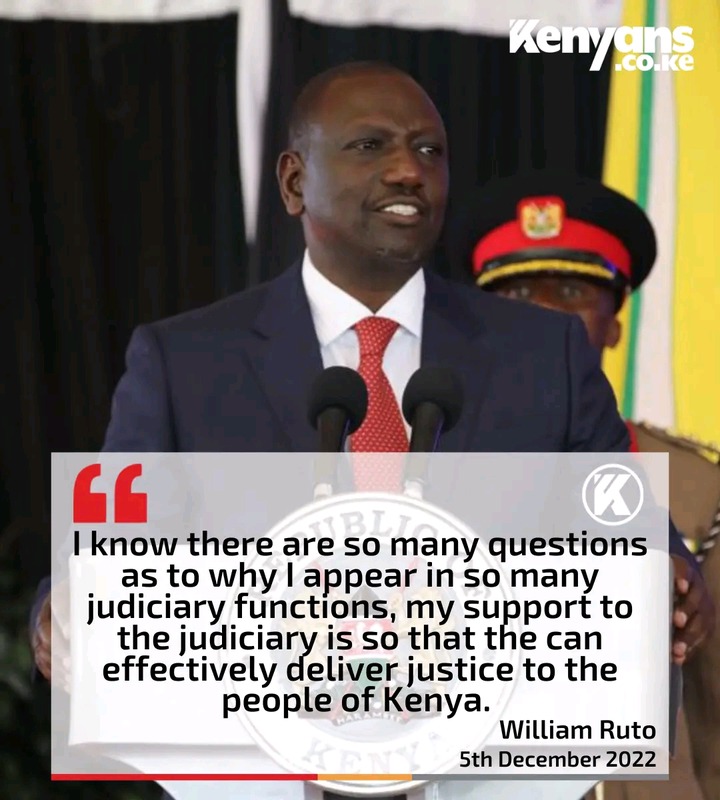 The President's remarks comes at a time where a section of opposition leaders led by Raila Amollo Odinga of the Azimio La Umoja One Kenya Alliance have been claiming that the President is on a mission to capture the judiciary for his own political benefits.

The Azimio leaders have been claiming the President Ruto's involvement in judicial affairs could hinder effective administration of justice as the judiciary is meant to be an independent body.

Content created and supplied by: gisembecollins (via Opera News )