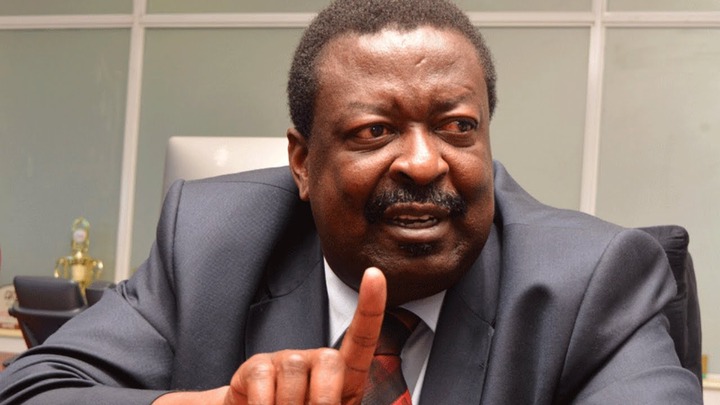 In an announcement today evening at his Karen residence, the second in command settled on Gachagua as his deputy.

In a Twitter handle through his social media platform, Ole Kina stated that Mudavadi's decision to allow him being given the Prime Minister position is a huge blow to him since his community expected much from him.

According to Ledama, the Luyha nation expected him to be named as DP Ruto's running mate but instead decided to step down for Gachagua despite giving it all for the Kenya Kwanza Coalition.

"Musalia Mudavadi’s pot has broken in the door step….pole sana Ndugu you let down the Luhya nation," Ledama posted on his Twitter page. 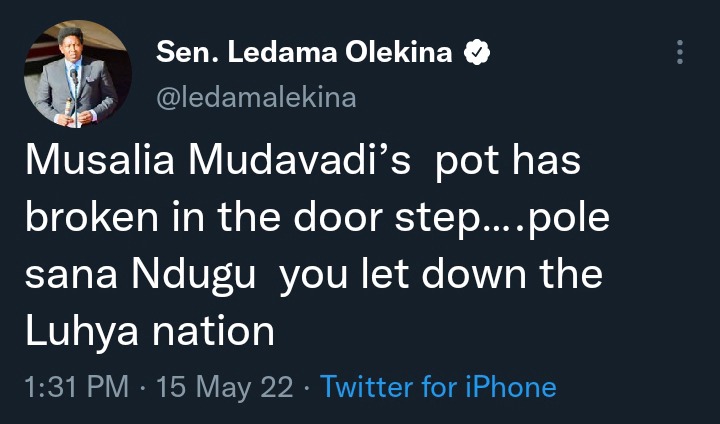