After President William Ruto was declared the winner in the Presidential Election in August 2022, former Kenyan president Uhuru Muigai Kenyatta instantly lost interest in Kenyan politics. This was because his major contender, Raila Odinga, lost to William Ruto. Recall, Uhuru Kenyatta, a notable presence in Kenyan politics since the early 2000s. 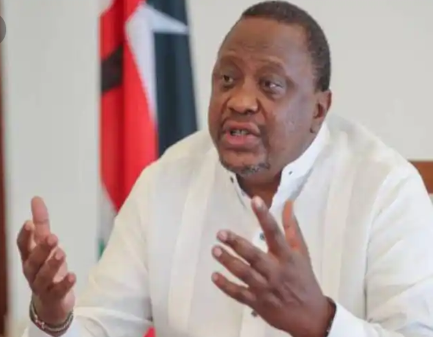 Uhuru Kenyatta, the head of the Azimio la umoja coalition, vowed to prevent a leader with dubious morals from taking charge of the nation. He even urged Kenyans to get ready for a Raila Odinga presidency.

However, Kenyans chose Ruto, handing both Kenyatta and Odinga a much-anticipated setback.

Since that time, Uhuru has distanced himself from politics and is only concentrating on the new position of peacemaker that President Ruto has given him.

According to newly revealed information, Uhuru decided to avoid local politics because of the hurt he still feels from losing the elections. 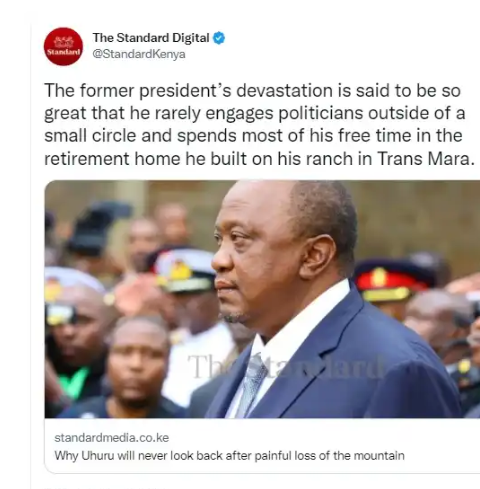 The Standard reported that after Raila lost the elections, Uhuru was in a terrible state of shock. But he was so resentful over losing his backyard—the Mt. Kenya region—to his deputy at the time, Ruto, that he decided to completely quit making political commentary.

The article also stated that Uhuru only participates in politics with a select group of people and spends his downtime in the retirement community he constructed on his Trans Mara ranch.