Mutahi Ngunyi Reacts To Raila's Mt. Kenya Tour, Alleges Why Ruto Had Been Leading In The Region

By SiasaLeo (self media writer) | 23 days ago 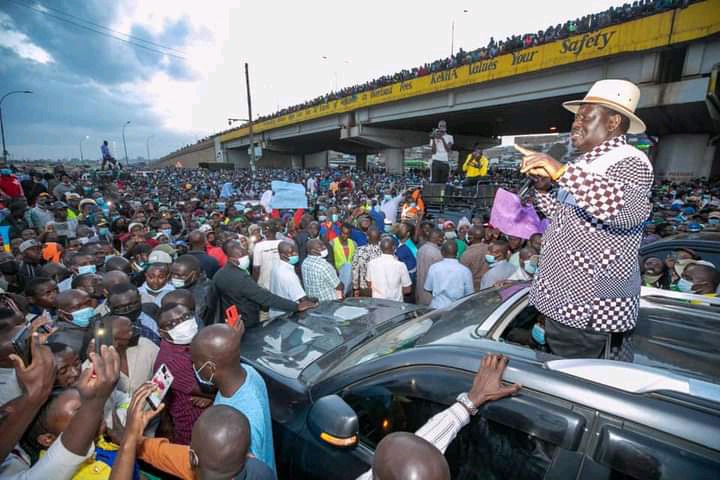 The vocal analyst who is a great critic of Ruto has claimed that all the efforts the deputy president William Ruto made to make inroads into the mount Kenya region have been washed away following Raila's successful tour of the vote rich region.

He likened Ruto's effort to having a clay feet which have been suddenly washed away by the Orange Democratic Movement party leader's shower. Ngunyi further claimed that Ruto had been number one in the region because he had no competitor and now that Raila has began the campaigns, he has been affected significantly. He has maintained that the ground will show the truth at the right time.

Raila's tour of the Mount Kenya region has received praises considering that the region has been always perceived to be against him.

God: Why You Must Pray Quoting From The Word Of God

“I Don’t Want To Be Favoured, I Will Do What I Must,” DP Ruto`s Camp Fights Back Amid Claims

Ringtone Accused Of Having A Crush On Beautiful City Pastor, After He Says This About Her

Things Go Tough For DP Ruto Ahead Of 2022, Forced To Ask For A Favor

"Don't Attend My Funeral" Boniface Mwangi Warns Politicians, Exposes What They do to Him in Private

Kenya's Beautiful Radio And TV Presenters That You Should Know