By Humfrey (self media writer) | 4 months ago The National delegates conference by the ANC party formed a better part of discussions on Sunday after the deputy president Dr William Ruto together with his UDA brigade unexpectedly attended the event. Ruto who was dubbed the guest of honour at the NDC caused even a bigger earthquake since he was the reason why a handful of leaders led by Hon Kalonzo Musyoka and Gideon Moi left the Bomas event.

Despite the surprise union between the ANC party leader Hon Musalia Mudavadi and DP William Ruto, various signs had been seen to this pact especially in Mudavadi's "former" coalition; the One Kenya Alliance. 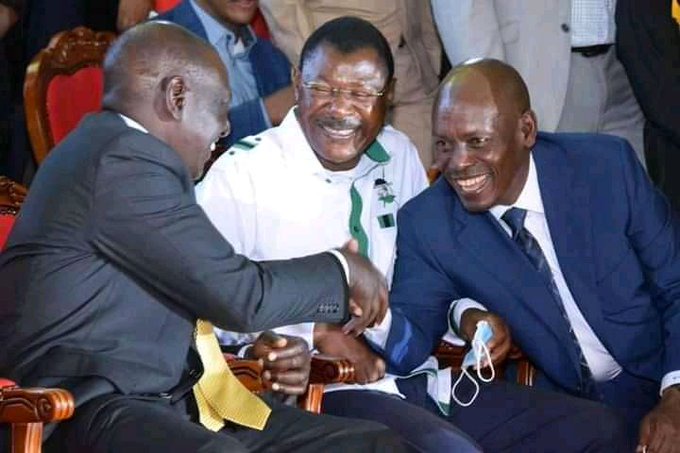 While political analysts predicted a pact between Raila Odinga's Azimio la Umoja and the OKA coalition, the ANC party leader was indifferent and not ready to work with the ODM party leader accusing him of previously betraying him.

The Malala Super cup event was one of the clearest sign that the duo were working on a pact behind the scenes. Despite missing the event, Mudavadi seemed to be the one who had invited Ruto to the event which countered the Azimio event at Bukhungu stadium. This looked like a calculated step to envisage the opinions and thoughts by kenyans.

Since the Malala cup, the deputy president continuously mentioned 'working with Mudavadi' in his campaign tours. Infact, Ruto began the year with vast tours in the Western region where he kept on popularising the foreknown partnership between him and their soil's sons. 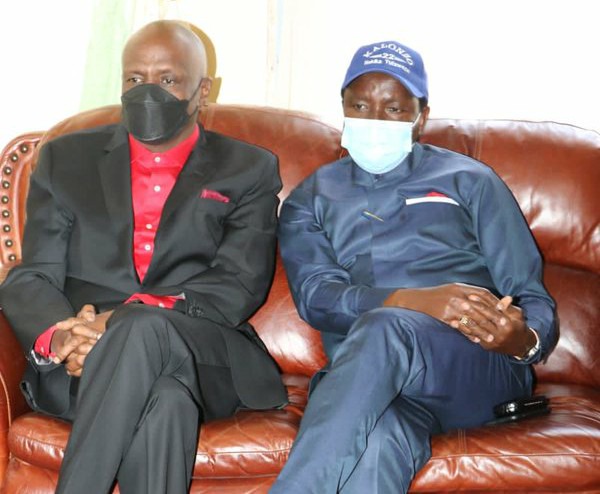 OKA Principles Gideon Moi and Kalonzo Musyoka Left the Bomas event after learning about the invitation of the deputy president Dr William Ruto.

Lastly, the conspicuous missing out of Mudavadi in the OKA retreat at Naivasha was also a sign that he was no longer with them. The OKA coalition had been in serious questioning in the past weeks after absenteeism amongst members became common.

With all these signs open to see, kenyans on social media wondered how it was impossible for Kalonzo, Moi and the other leaders to speculate the Mudavadi-Ruto earthquake.