Uhuru, Deep State Torn Between Two Loyalties As UDA Jubilates Over This 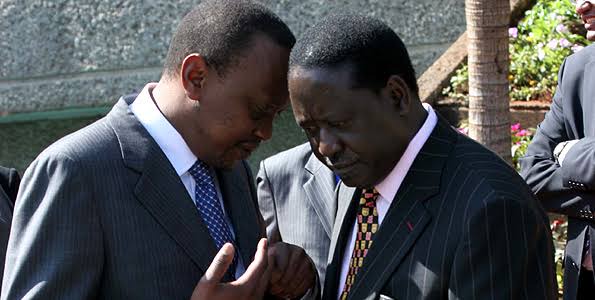 Ruto's confidant has recently revealed that the Sacred Coalition which is also known as the Cerelac Coalition has now now written to the speaker of the senate, the registrar of political parties and the political parties dispute tribunal over the removal of Malala from being the leader of the minority in the Senate. Itumbi claimed that the Cerelac Coalition wants the removal of Malala reversed on the grounds that it violated the NASA Coalition Agreement. 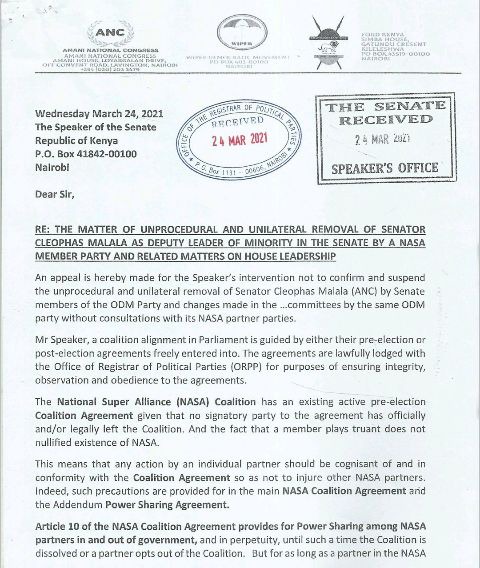 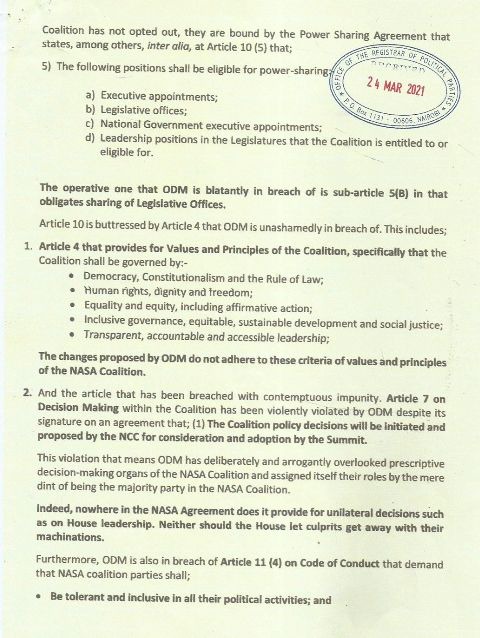 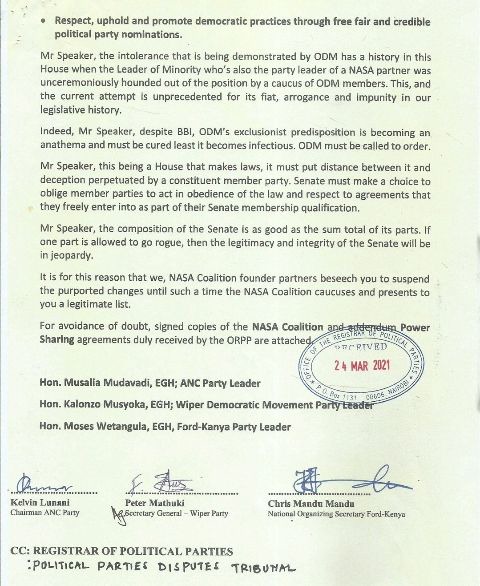 In a detailed letter they have asked and appealed that the speaker of the Senate should not confirm the removal. They said that it violated the NASA Coalition Agreement. He claimed that the so called "Raila Niwachie Coalition" dares Raila Odinga's ODM to a battle of wits, Coalition agreements. He added that the Deep State now has to choose its ally. He asked will the Speaker who operates on System Guided Marionetes, rule in favour of Cerelac boys or Handshake Partner Raila Odinga? He added that these are tough choices for a confused Deep State.

On the other hand the Hustler Nation is busy with empowerment. Itumbi stated that Hustlers will sit in all Organs of UDA party. He claimed that watching some comic relief is good for an evening. 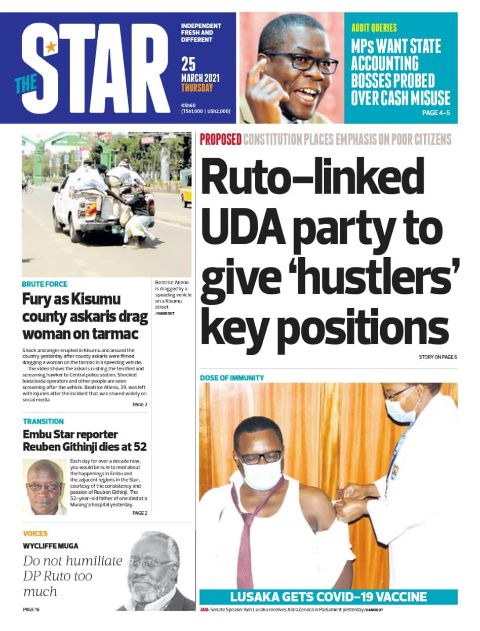 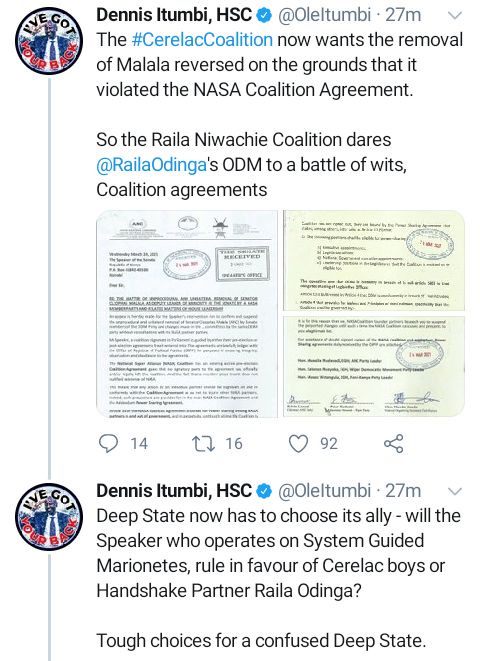 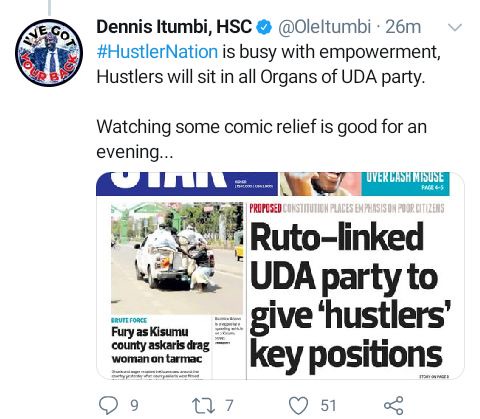 "We Are Not After Anybody, The Marriage Couldn't Just Work" Tuju Speaks on Jubilee, UDA Divorce

Gangs Are Regrouping As The Next Polls Nears, President Goes Missing In Today's Newspaper Review

9 Cabinet Secretaries Doubted For Their Position By High Court

Security Agencies Says Gangs are Regrouping as Elections Near

Reactions As ODM MP Posts Raila's Presents From Kenyans, Says Raila Shall Donate Them To The Needy