In order to ensure that he succeeds President Kenyatta following the general election in August, Raila Odinga has increased his efforts. Raila is attempting a fifth time, and each time he does, President Kenyatta has massively backed him.

In the Campaign for their Boss, Raila's allies have established branches across the nation. In Nairobi County, Martha Karua and the Azimio allies were running a campaign today.

However, Raila Odinga, Kalonzo Musyoka, and other battalions were in the backyard of Luo Nyanza. While in Homabay County, leaders accused Ruto of undermining their boss in light of recent reports that Ruto almost smacked Uhuru while winning the election.

After a number of rallies in Oyugis and other locations, Raila culminated his campaign in Homabay. 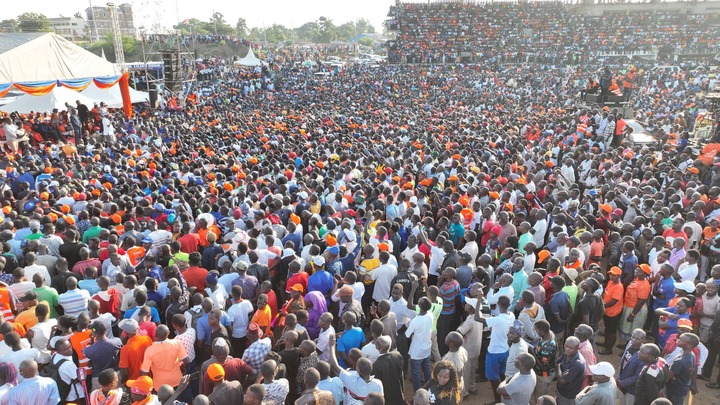 The residents did show up in large numbers for the event. Odinga has received a 90% vote in the region, which has over 400,000 people. The region appears to have established the pace that Odinga spoke of. Odinga now thinks they will win in round one due to the massive audience. Do you hold that view? Share with us your thoughts. 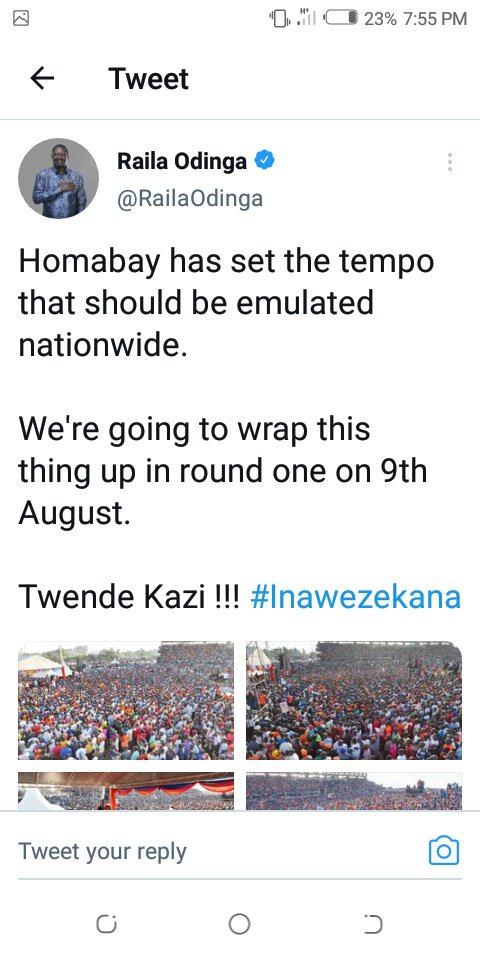 The Provisional Presidential Results As At 4:30pm