Bahati Alleges Azimio Politician Who Was Bribed To Campaign Against Him 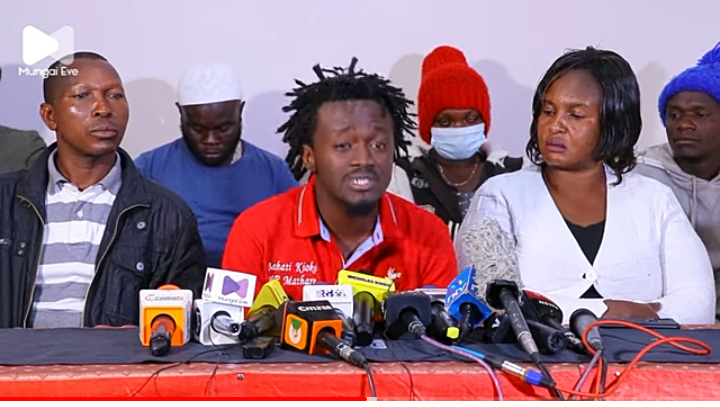 Jubilee Mp aspirant for Mathare Kevin Kioko popularly known as Bahati has alleged that ODM secretary general Edwin Sifuna had received some bribes from incumbent Mp Tom Oluoch to campaign against him.

Addressing the press on Monday Bahati has lamented on how Sifuna had spread propaganda today that he(Bahati) was going to step down in favour of Tom Oluoch.To this,Bahati has condemned Sifuna for misleading Kenyans.

Former musician has send message to Sifuna telling him that if he was paid to endorse Tom Oluoch then he should do the campaigning and not spreading propaganda that Bahati had stepped down.The leader has condemned Sifuna for fighting against youth yet he himself was a youth as well.

Bahati has also revealed that he has been receiving calls from ODM leaders to attend night meetings where in one meeting , he was told that Oluoch had refused to step down and so he should step down.To this ,Bahati has said he was not going to step down and that he will be on the ballot.