Miguna Recalls Time Spent and Stay in Exile While in TZ, Puts the Govt on Spot Over This Resources 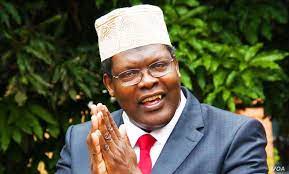 Miguna Miguna has put the government on the spot over the states public resources and how they have managed to make it secluded to only one person. He argued that the states lodges are public spaces that should not be limited to only the President but should be allowed to be used by the Deputy President, Cabinet Secretaries and other state officers.

The lodges which are spread across several counties like Mombasa, Kisumu and Nakuru are meant to facilitate Presidential needs when not around the State house in Nairobi. He further added that the state lodges lie empty and the money spent in acquiring private hotels is a waste of resources because the lodges can accomodate states officials. 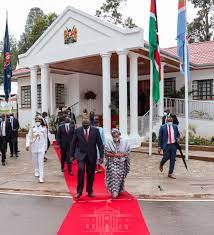 Miguna Miguna recalled a time when he was in exile in Tanzania together with other four collegues in 1987 stating that they were given a place to stay in the State lodges. Miguna was deported back to Canada by the current government is yet to return once the current regime finishes its term. 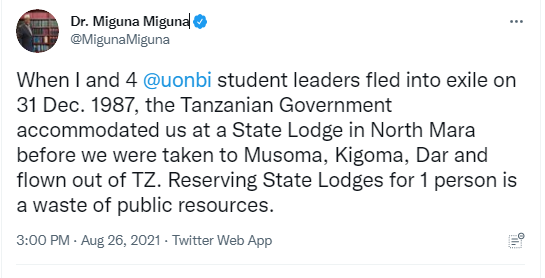