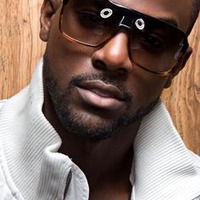 By BrightonM | self meida writer
Published 24 days ago - 4892 views 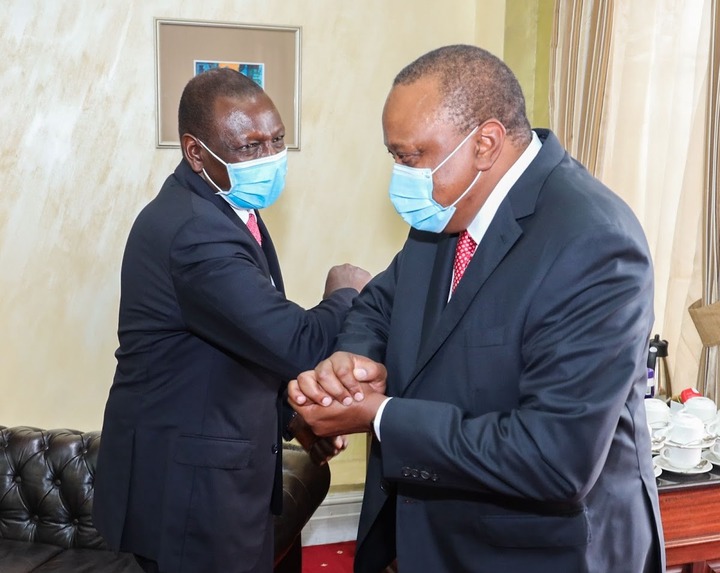 Savula, who is also the Amani National Congress (ANC) deputy party leader laughed off those thinking that impeaching Ruto is an impossible task. He submitted that parliamentarians from various parties are so much eager to send Ruto out of office. 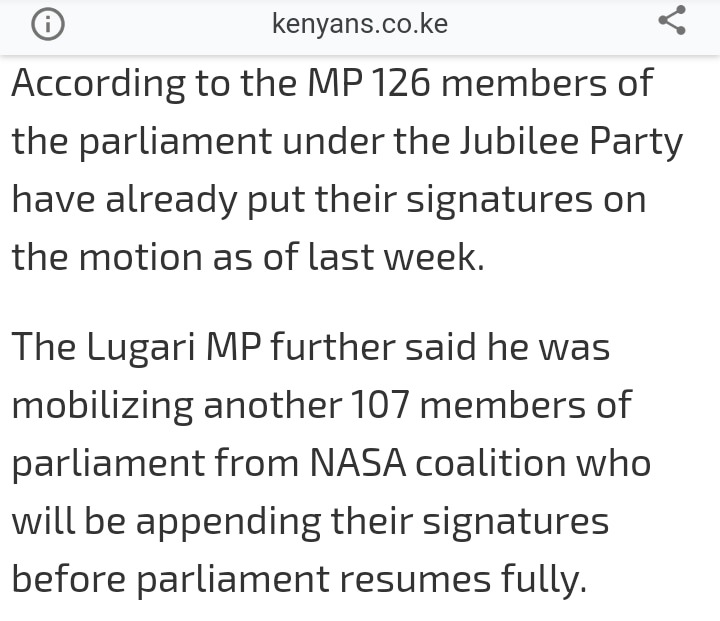 “It is laughable because they do not understand the number of MPs from across the political divide who are supporting this motion,” he said.

The vocal lawmaker criticized the deputy president for undermining the President and opposing him yet Kenyans elected them jointly so that they can deliver together. He commended President Uhuru Kenyatta for working hard to fulfill his promises to Kenyans even when Ruto is sabotaging his government.

“Kenyans voted for both Uhuru and Ruto expecting them to deliver on the promises they made during campaigns. But while the President is busy working hard to implement what they promised, his deputy is frustrating and openly opposing him. Is this the way a government operates?” questioned Savula. 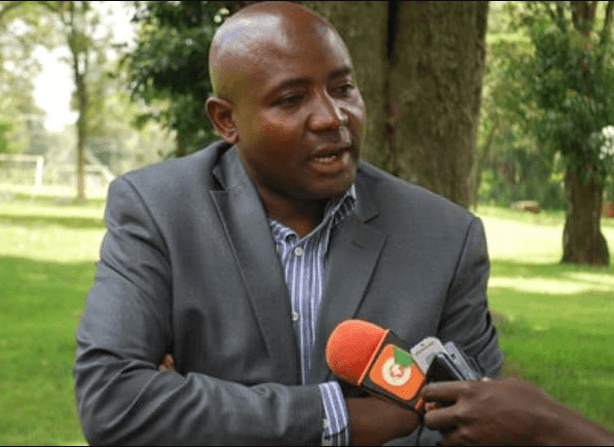 Some of the grounds being floated against Ruto in the impeachment motion are undermining his boss which amounts to insubordination, gross misconduct, violation of chapter six of the constitution among others.

Jubilee vice chair David Murathe in a previous interview stated that the Jubilee Party will be backing any impeachment motion against Ruto.

The ANC lawmaker further confirmed that the impeachment motion against the deputy president is ready and only waiting to be tabled in parliament when sessions resume.

ANC Ayub Savula Lugari NASA Uhuru Kenyatta
Opera News is a free to use platform and the views and opinions expressed herein are solely those of the author and do not represent, reflect or express the views of Opera News. Any/all written content and images displayed are provided by the blogger/author, appear herein as submitted by the blogger/author and are unedited by Opera News. Opera News does not consent to nor does it condone the posting of any content that violates the rights (including the copyrights) of any third party, nor content that may malign, inter alia, any religion, ethnic group, organization, gender, company, or individual. Opera News furthermore does not condone the use of our platform for the purposes encouraging/endorsing hate speech, violation of human rights and/or utterances of a defamatory nature. If the content contained herein violates any of your rights, including those of copyright, and/or violates any the above mentioned factors, you are requested to immediately notify us using via the following email address operanews-external(at)opera.com and/or report the article using the available reporting functionality built into our Platform 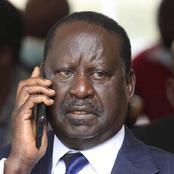 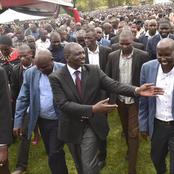 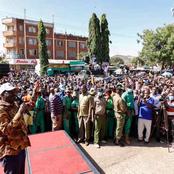 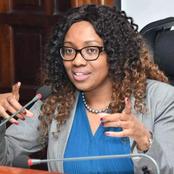 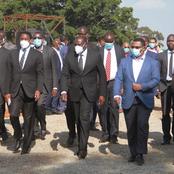 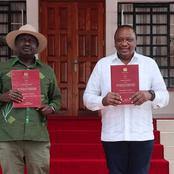 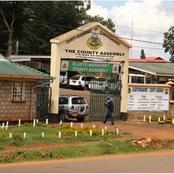 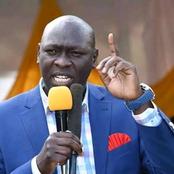 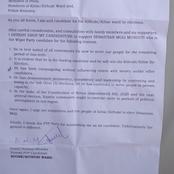 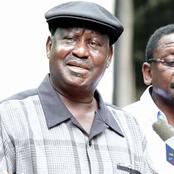