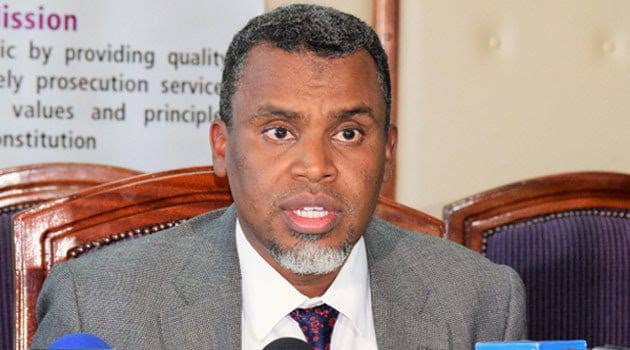 The Directorate of Public Prosecutions has notified Kenyans that a letter going round social media about deputy president William Ruto allegedly being summoned is fake.

Through their social media accounts, the DPP has noted that there is no such a letter that has been authored by the office on the Kimwarer and Arror case.

"The above letter circulating on social media is fake. We wish to state that no such letter has been written in relation to the Arror and Kimwarer case. #HakiNaUsawa"Directorate of Public Prosecutions https://t.co/T7xr7UKeWc 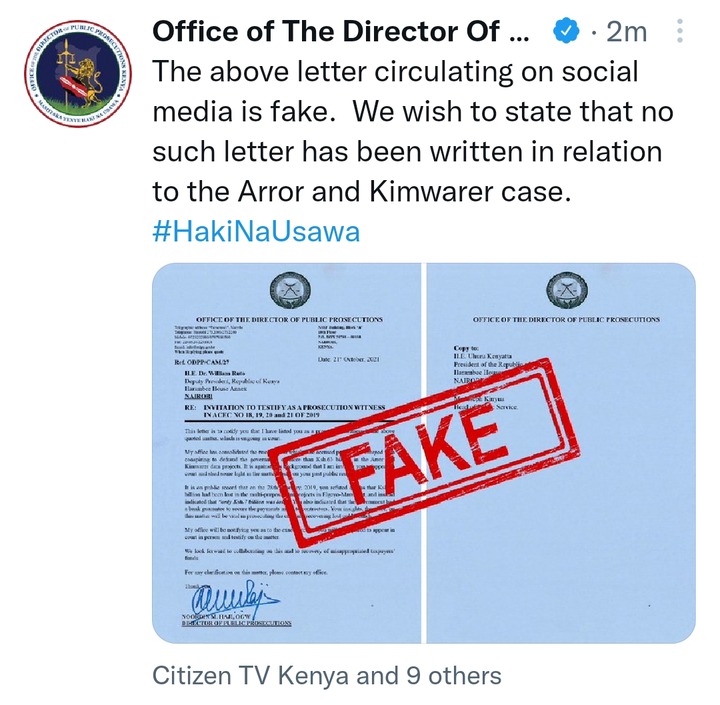 In the alleged letter, the deputy president William Ruto has been asked to appear before the Directorate of Public Prosecutions to testify as he was one of the interested parties.

The letter alleged that the second in command was heard in public giving information relating to the Arror and Kimwarer Dan's and hence there was need to get his side of the story.

In the press, the deputy president William Ruto had indicated that the money had allegedly been said to have gone missing was not equivalent to what was in the media. 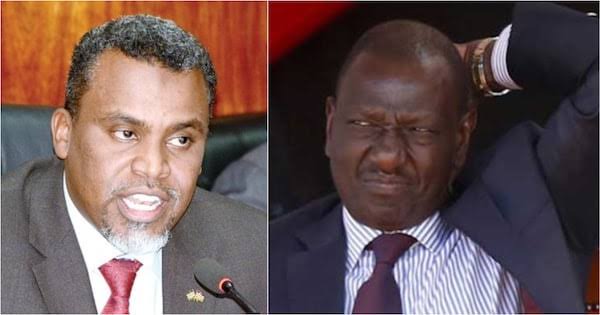 He stated that there was also a bank guarantee on the monies and emphasized that under the Jubilee administration, no funds will be lost.

“You have heard for example that the government has lost Sh21 billion in the Arror and Kimwarer dams which is a flat lie. The money on question is about Sh7billion and for every coin that has been paid, we have a bank guarantee,” he stated.

If You Are Listed In CRB Then You Have Reason To Smile, Here Is Why

NHIF Crucial Message To All Students