By Powellblog (self meida writer) | 12 days

Nairobi nominated senator Millicent Omanga might find herself in trouble after she allegedly threatened President Uhuru Kenyatta,Omanga who ousted by Jubilee party for gross misconduct,today yet again pulled a dangerous card on her political career.She publicly claimed that she will personally arrest President Kenyatta and put him in Jail if President Kenyatta will not go home in 2022 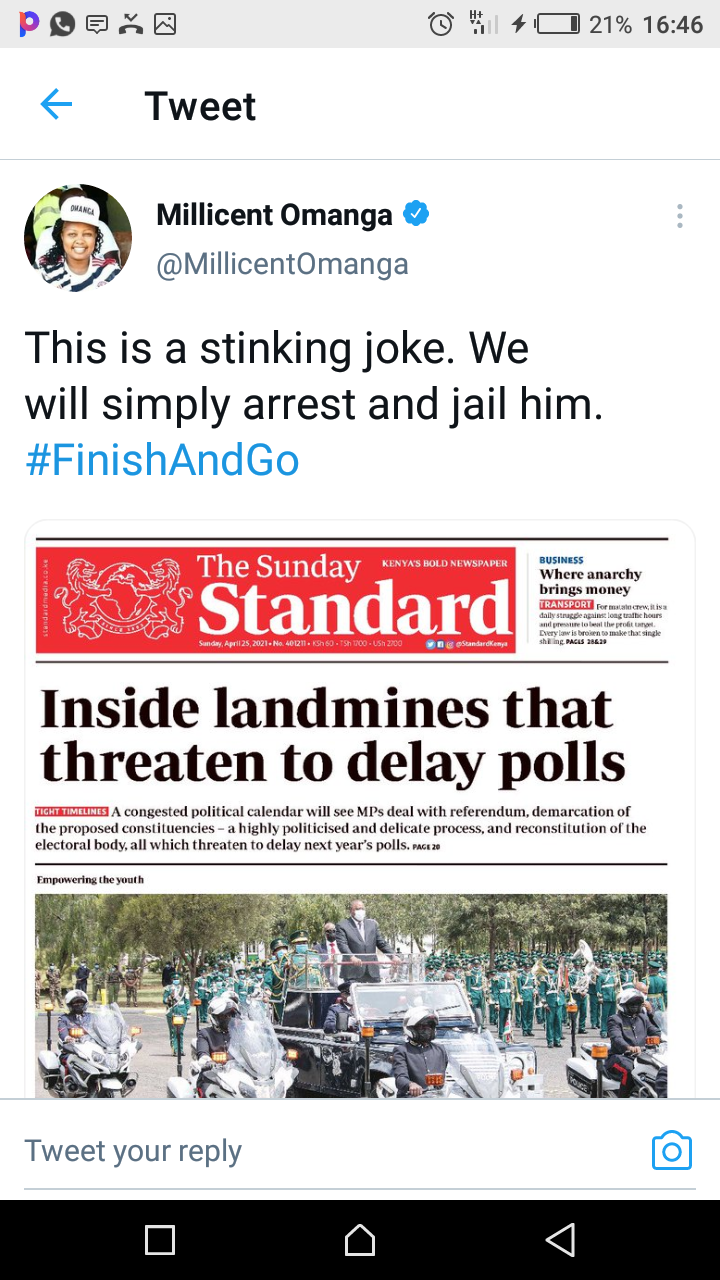 Despite using a figurative language she definitely meant that she will take action against the head of state,Omanga captioned today's magazine saying,"This is stinking joke we will simply arrest and jail him" fired Omanga,owing to what she said can be used against her.Speculations have been going round that president Kenyatta wants to extended his term in office but he himself has several times assured Kenyans that he will retire when his time comes. 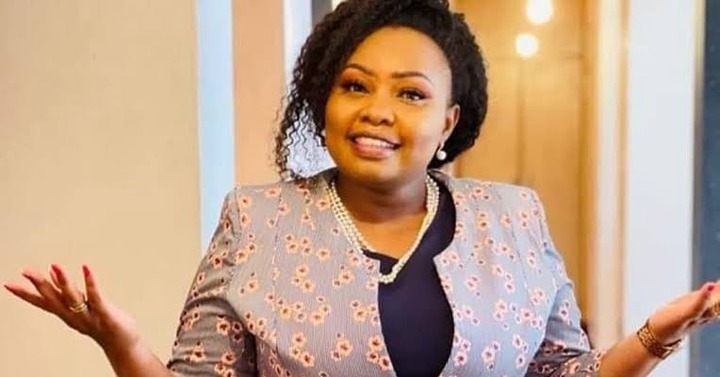 After Millicent Omanga post on twitter Netizens responded to her tweet asking her to pull it down because it was an insult to the head of state,some even told her she will face her music when she gets arrested telling her she will suffer alone. 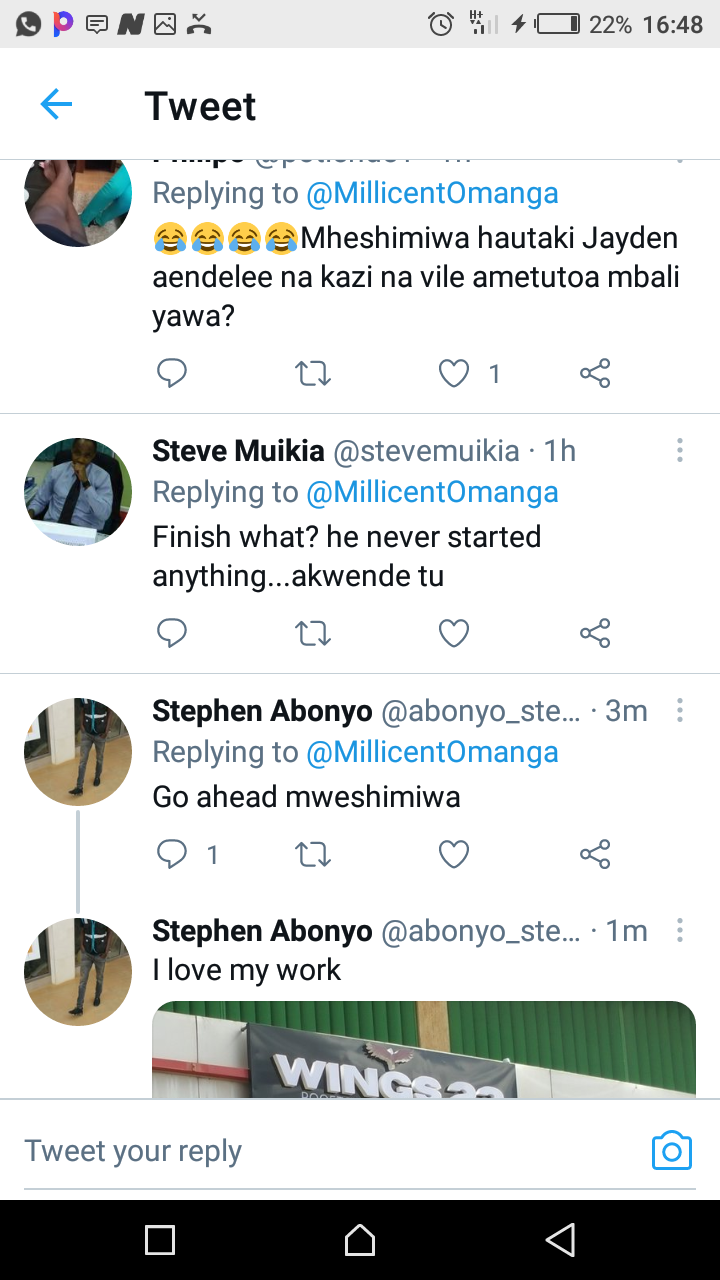 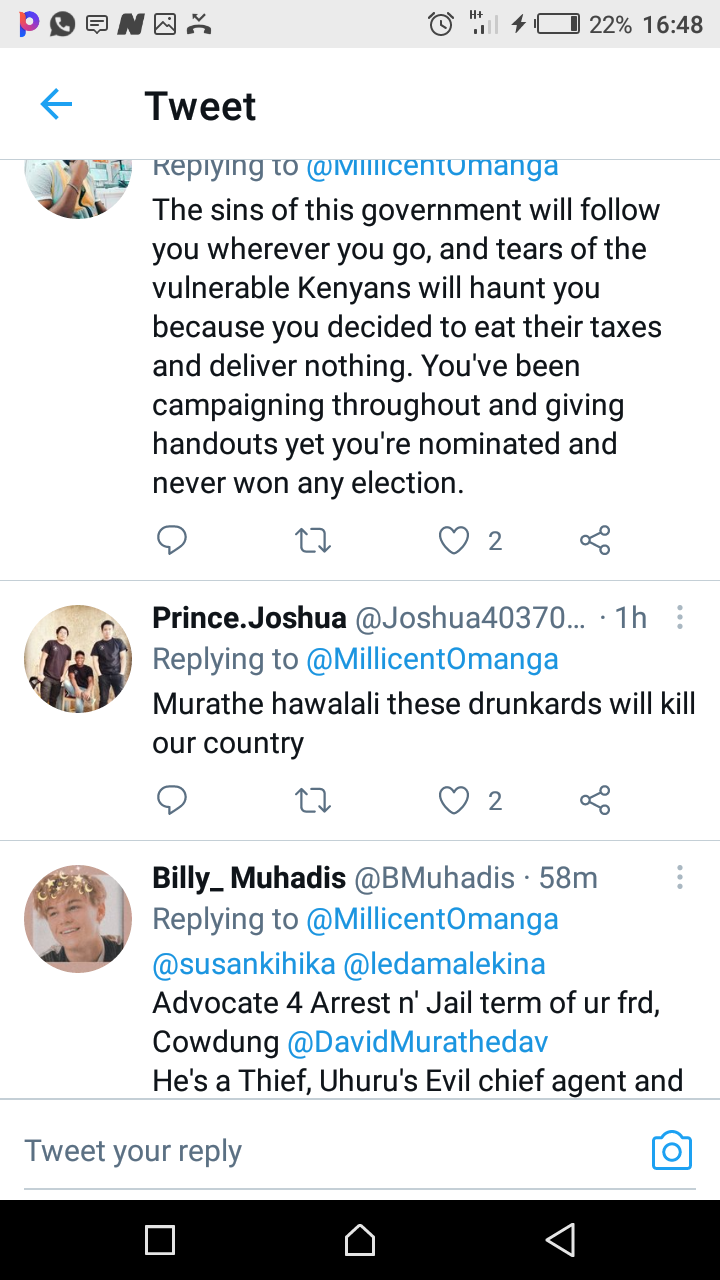 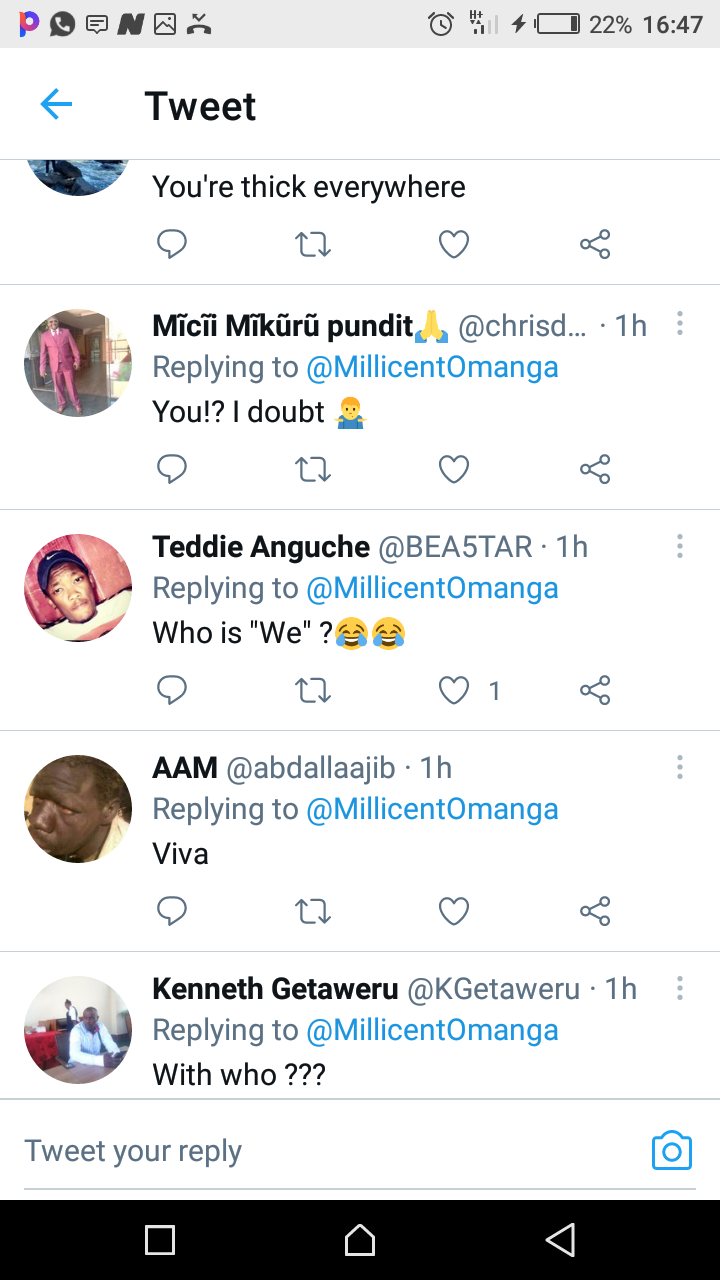 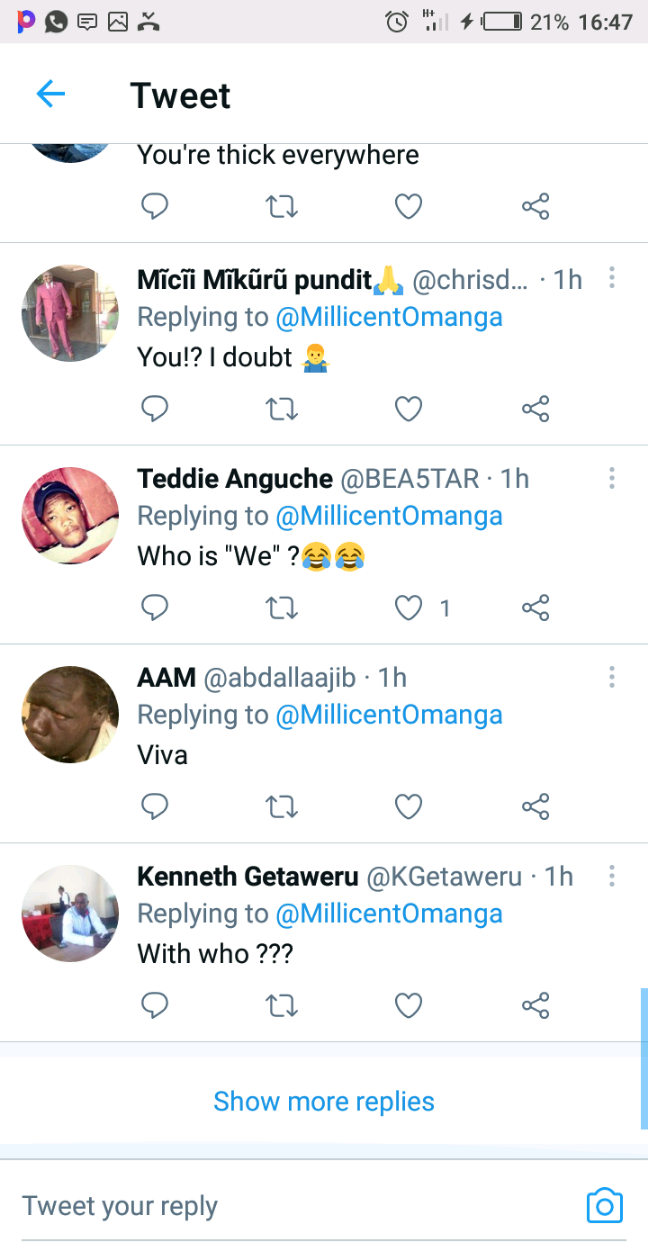