UPDATE: Governor Lonyangapuo Castigates DP Ruto Over Insults and Use of Abusive Language

By RTCUpdates (self media writer) | 6 months ago

West Pokot Governor John Lonyang'apuo has called for political tolerance ahead of the much awaited August 9th general elections as aspirants continue with their campaigns. 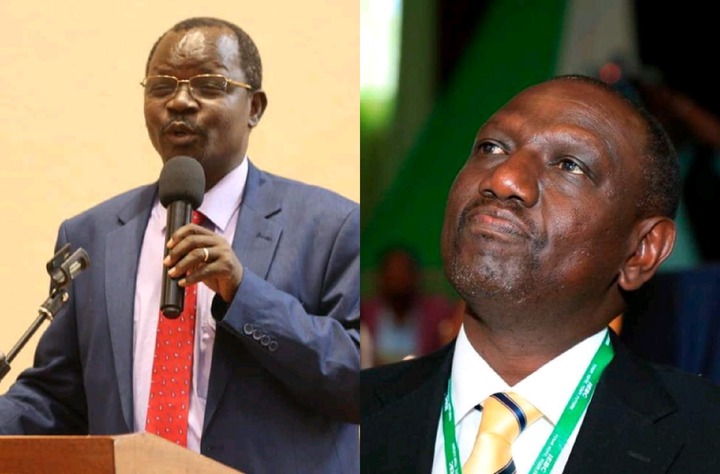 Lonyang'apuo has castigated Deputy President William Ruto and his United Democratic Alliance (UDA) brigade over insults and use of abusive language on campaign trail.

Governor Lonyang'apuo has called out DP Ruto over his recent uttterances against Devolution CS Eugine Wamalwa, reffering to the CS as a woman following his slap claims.

The outgoing Governor has stated that he cannot imagine an upright man who is supposed to be serious christian like DP being abusive.

He has condemned the move by the Kenya Kwanza Alliance Presidential candidate reffering to Wamalwa as a woman for lack of tolerance.

"I cannot imagine an upright man, honest and distinguished leader and a man who is supposed to be a serious Christian like William Ruto can be abusive. How would you call a man a woman or vice versa?" Governor Lonyang'apuo said.