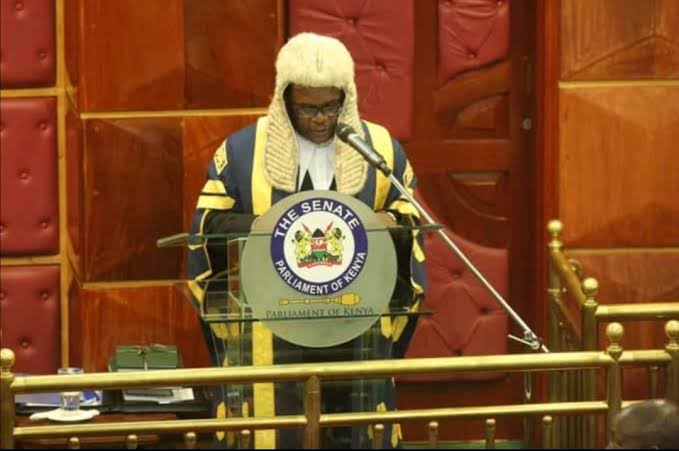 It has emerged that the Senate's move of ousting Governor Mohamud Abdi of Wajir on Monday has paved the way for some governors to face irresponsible spending on anti-corona virus.

Among the reasons why the governor was removed from office was the irresponsible use of the funds, despite the Sh2.4 billion allocation by the health department.

In a tragic incident, it as alleged that one attendant died at Wajir Referral Hospital due to lack of oxygen. The Senate reported the deceased was suffering from corona. 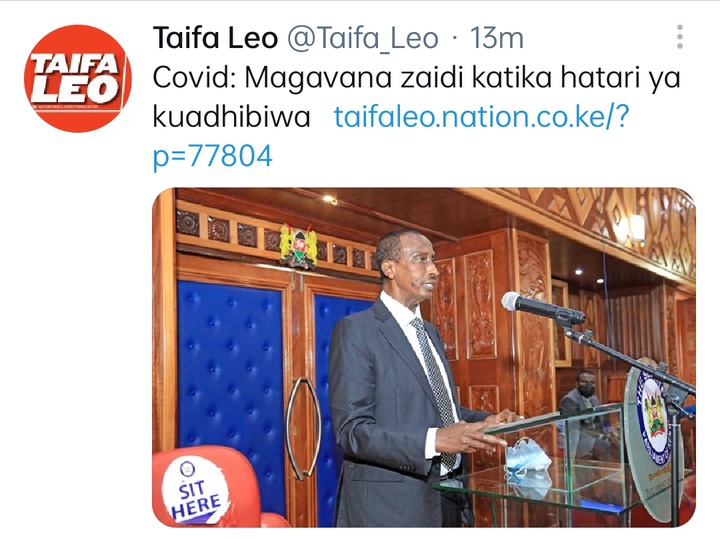 As a result, some governors are at risk, as the Auditor General's report shows that more than 30 counties misused government funds to address the crisis.

According to the report, 36 counties spent the money without special planning, training and adherence to the procurement process for essential equipment used in the effort.

Some of these counties are Baringo, Busia, Bungoma, Elgeyo Marakwet, Embu, Garissa, Homa Bay, Isiolo, Kirinyaga, Kisumu among others.

The report said that overall, counties received a total of Sh7.7 billion in response to the disaster, of which Sh5 billion was provided by the National Government.

They received Sh2.3 billion from the Ministry of Health as a payment to health workers, with Sh350 million in support from the Danish International Development Agency (DANIDA).

The Auditor-General, Ms Nancy Gathungu, said the government provided the funds to the counties without properly contributing them to the design of a special mechanism for its use.

“The gap delayed the use of disbursed funds. Many remained at the bank, a situation that threatened his safety, ”said Ms Gathungu.

Thus, the auditor said the Ethics and Anti-Corruption Commission (EACC) and the Criminal Investigation Department (DCI) should conduct further investigations to determine whether any other embezzlement was committed in the use of the funds.

"More investigations need to be made as it is possible that many counties misused government funds," he said.

The government has received more than Sh200 billion in loans from the disaster since it was first reported in the country in March last year.

However, controversy remains over how much of the money was spent, especially after the emergence of the Kenya Pharmaceutical Distribution Council (KEMSA) saga, where Sh7.8 billion is believed to have been looted through forged contracts.

Counties have been blamed for not taking appropriate action to address the crisis despite some governors defending themselves.