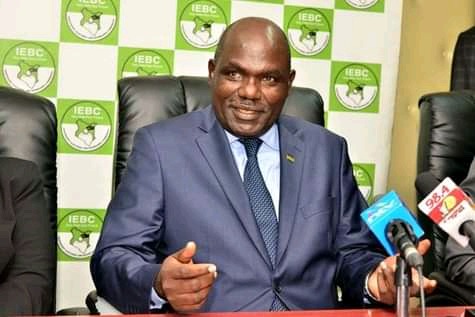 The Chairman of Independent Electrol Body Commission (IEBC) Wafula Chebukati has refuted claim that it had withdrawn from the state committee set for elections preparedness.

On Wednesday, December 1, in a statement shared by the commission through their Facebook page, Chebukati has distanced himself from the alleged withdrawal from the committee.

Chebukati has termed allegations as fake and is anchored to malign the commission. 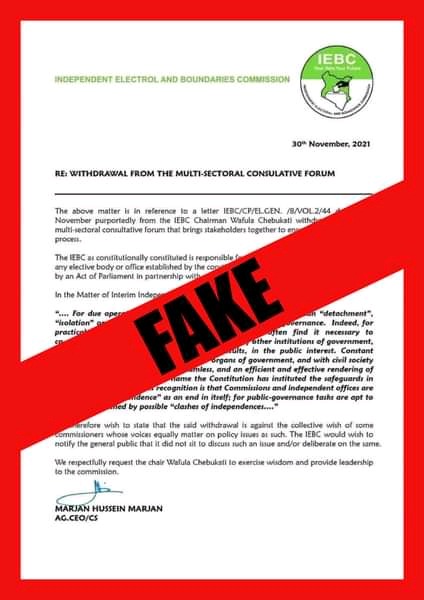 Previously, news had hit headlines that Chebukati had written to Interior PS, Karanja Kibicho that had decided to bolt out from the multi-sectoral committee.

"After consultations and an in-depth critical appraisal of the TORs... the IEBC would wish to respectfully withdraw from further engagement in the activities of the said NMSCF and TWC," he said, as the previous alleged fake statement reads.

In the previous seemed protest statement, Wafula had claimed it had decided to withdraw itself from the committee citing its independence was infringed, and they were unable to execute a free and fair elections.