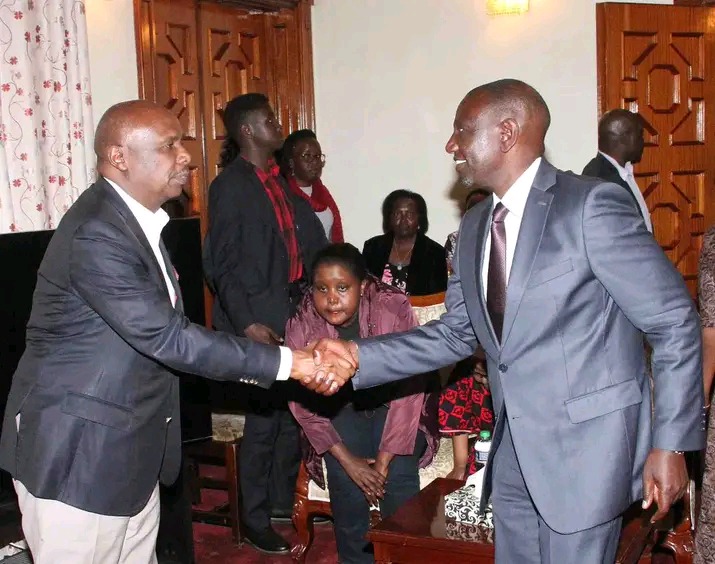 Kenya Kwanza is exerting pressure on Kanu chairman Gideon Moi to back Deputy President William Ruto in his State House bid, as it works nonstop to consolidate the Kalenjin vote.

Kenya Kwanza leaders say the Baringo senator was shortchanged in the Azimio la Umoja One Kenya coalition party, as Kanu was not given an influential position in the pact presented last week by the alliance's presidential candidate Raila Odinga.

Elgeyo Marakwet Senator Kipchumba Murkomen now claims he had an open discussion with his Baringo counterpart, who had great hopes that President Uhuru Kenyatta would support his 2022 presidential run.The Kenya Kwanza brigade encouraged Mr. Moi to across over and join them.

Mr. Murkomen stated that Mr. Moi had alluded to his aspirations following his re-election to the Senate in 2017 and that he intended to focus on national politics.

"As soon as he came in Nairobi after being re-elected in 2017, he pulled me aside and emphasized the importance of Kalenjin unity," Murkomen said. 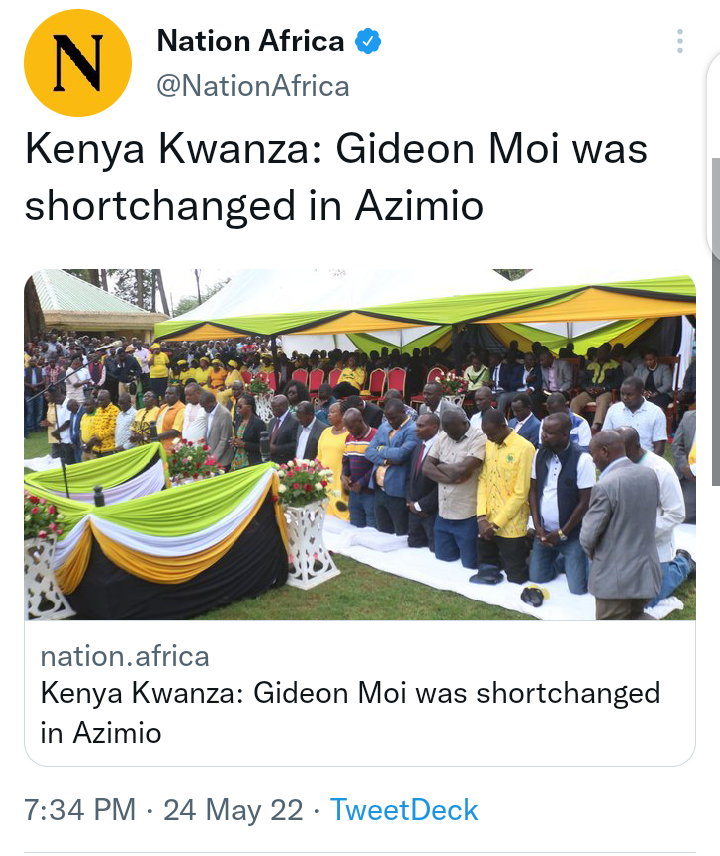 Murkomen reported that he was emphatic that he was now leaving county politics and concentrate on becoming president of Kenya.

He added that during their honest chat in the Senate, his counterpart implied that he was President Uhuru Kenyatta's favoured choice and that he had pledged to support him for the president.

Mr. Murkomen asserts that he advised him that, if so, they should encourage the DP to rally behind Mr. Moi if President Kenyatta endorsed him for the president.

Ground Is Changing: Latest Opinion Poll Shows A Gap Between Azimio And Kenya Kwanza In Meru