Former ODM General Secretary Ababu Namwamba is among the CAS that has received a whip from the high court. He left his former party job when he joined Uhuru's task force. He was mentored by Raila Odinga while he was still in ODM. He has been working exemplary in his sector.

Jubilee government has been facing a lot of hurdles either in the government or from Kenyans. Since President Uhuru Kenyatta and Raila Odinga came up with BBI, legislators have been disagreeing with each other over the bill. 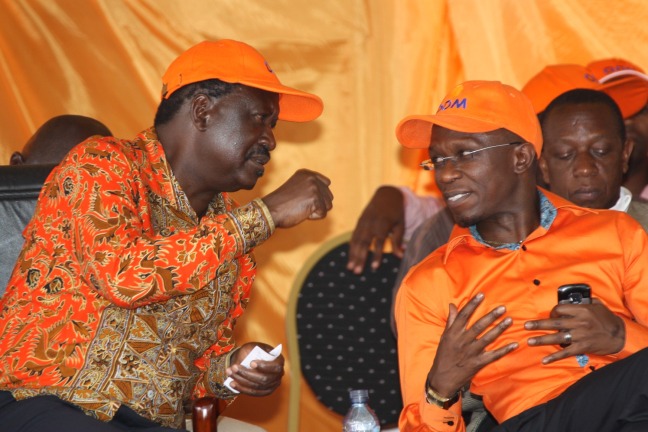 Before the former Chief Justice left the office, he had advised President Uhuru Kenyatta to dissolve parliament because they failed to defend the two-third bill.

Yesterday, the high court has once again whipped the statehouse. In yesterday's Ruling, at least nine cabinet secretaries including Matiangi are in office illegally. According to the high court verdict, most of CS were not vetted by parliament to serve for the second term and it's against the Constitution.

Equally, the CAS has found itself in catch 22 as the high court rules. The court has openly said that their job is illegal and they were created in violation of the Constitution. 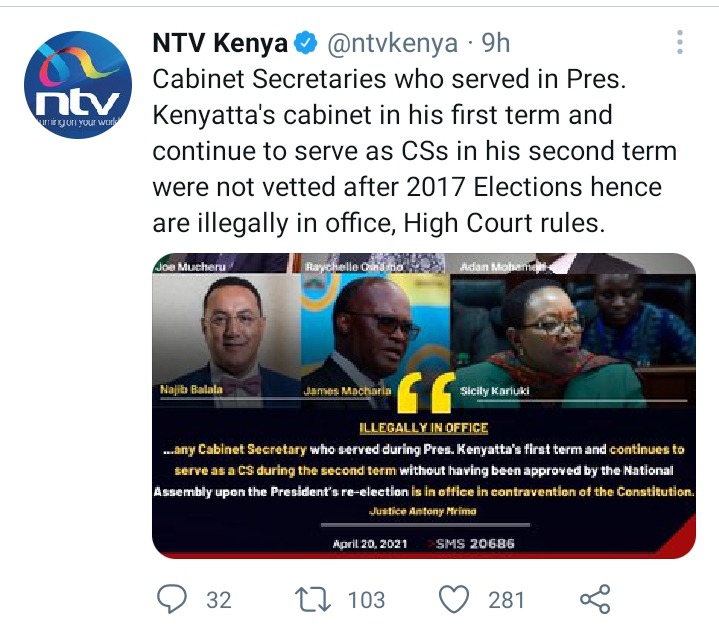 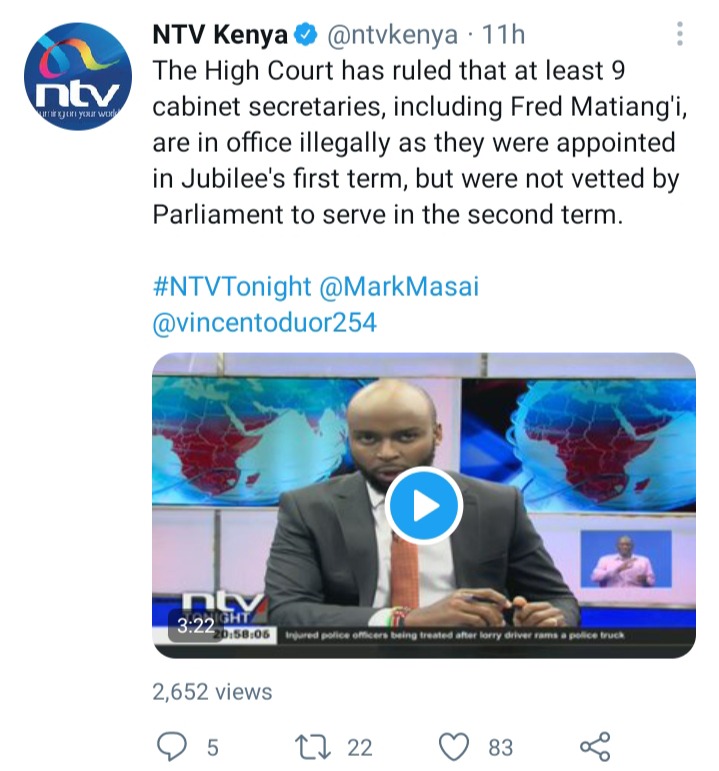 Herman Manyora Predicts Betrayal in Tangatanga, Names The Only Mt Kenya MP Who Will Stand With Ruto