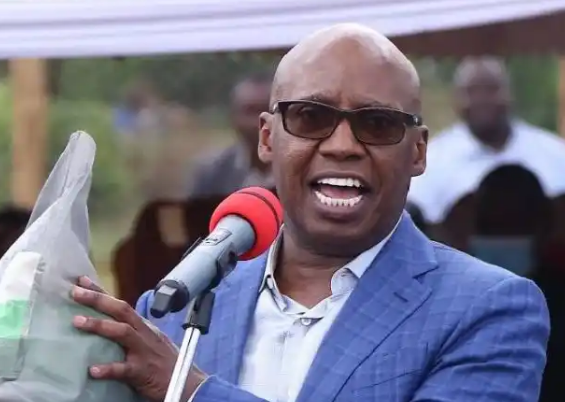 Even as the country continues to grapple with ongoing events in the Orange Democratic Movement party, and tries to make sense of what exactly is happening between billionaire financier Jimi Wanjigi and party boss Raila Odinga, the businessman has continued to confound observers.

In his latest statement, Jimi Wanjigi has urged Raila to declare interest in the presidency, which is the same song that staunch Raila allies such as Orengo have been singing.

Yet in the same breath, Wanjigi tore into the party, making remarks about the party’s offices in Mount Kenya and Rift Valley using language that is synonymous with tanga tanga members.

Yesterday, during his coastal tour, the previously media-shy tycoon called upon Raila Odinga to declare his presidential bid once and for all, a pronouncement that echoed that of Senate Minority Leader and Raila close ally James Orengo.

In what seemed like an encouragement more than a dare, Wanjigi called upon the ODM party leader to officially join him and the others in the race.

However, soon after he finished saying this, Wanjigi raised the issue of party branch offices, an issue that had sparked controversy a while back.

He said that ODM, which ideally should be a national party, had neglected the Central Kenya region and Rift Valley too.

He claimed that the reason he had gone out and began opening branches in some parts of the country is so as to give the party a national outlook.

Such claims have previously been made by ODM detractors who have sought to brand it a tribal outfit with a presence in only selected areas within the country.

Just this past week, ODM threatened to discipline members opening party offices without express authority from the national office in a move that appeared to target Wanjigi.

In a statement released by secretary-general Edwin Sifuna on Wednesday, the party warned that such moves would henceforth attract disciplinary action.

Sifuna issued the warning after a meeting of the party’s top decision making organ– the central committee – chaired by party leader Raila Odinga.