The incident involving ODM leader Raila Odinga being stoned in Uasin Gishu County on Friday has taken a fresh turn as the county's governor, Jackson Mandago, disclosed why he was making so many phone calls.

Mandago, who was present and has been accused by Raila, along with Soy member of parliament Caleb Kositany, of being the mastermind behind his ordeal, said that his frequent calls were for follow-up on a stolen vehicle that belonged to one of the mourners at Jackson Kibor's funeral.

Mandago dismissed claims that his calls were for 'planning violence' on NTV's 'Kigoda Chako Show' on Monday. It was alleged that after Raila condoled with Kibor's family and was leaving to board his chopper, the rowdy youths began throwing stones, before Mandago offered Raila his car to make his access to the chopper easier.

"Raila arrived at Kibor's residence a few minutes before 6 p.m., paying his respects to Mzee before speaking with the family, and I was there with MP Kositany." Junet claims I was moving in and out during that time because I was summoned to put flowers at Mzee's tomb. 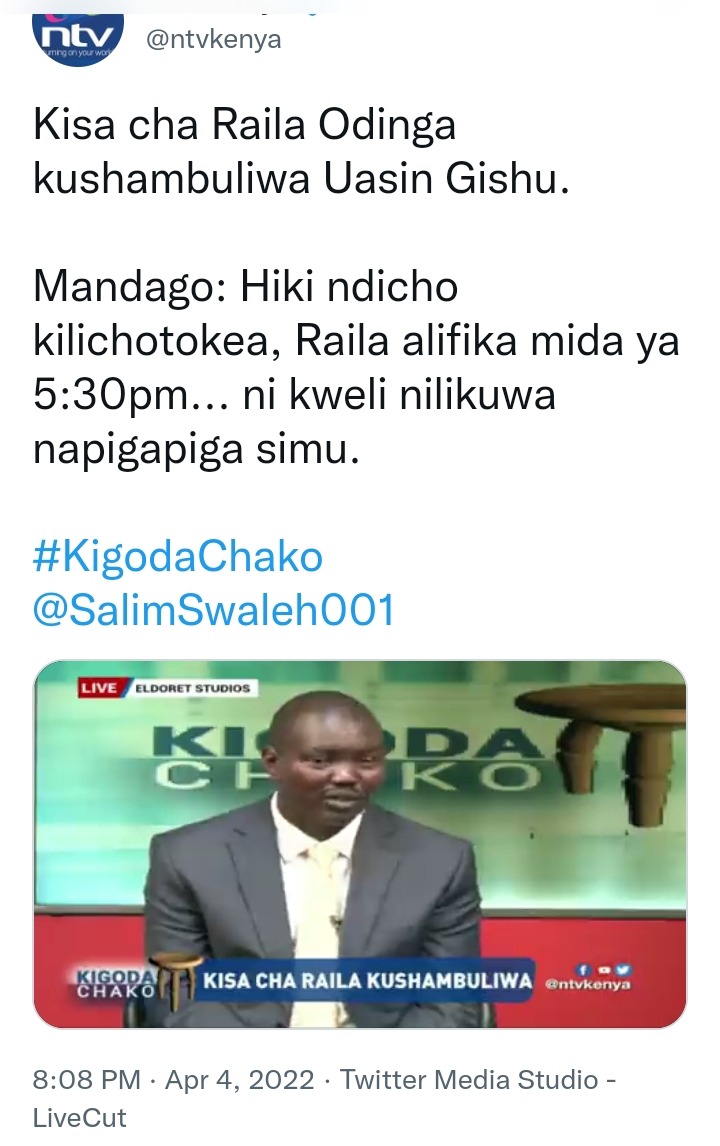 "I started making phone calls since we were having a similar issue. A vehicle was stolen, and it belonged to one of those who had come to pay their respects to the family. You can also ask the Eldoret Commander, whom I contacted to alert him about the stolen vehicle and to request police assistance in finding it "Mandago stated.