According to recent updates making the Kenyan airwaves as of November 19th 2022, Sirisia member of parliament Hon John Waluke is a free man after being released on Ksh 10 million bail yesterday. 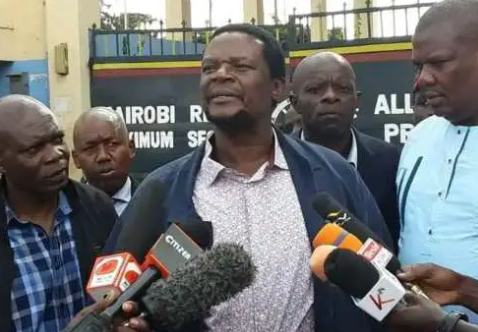 However, despite the parliamentarian being a strong allegiance of azimio la Umoja one coalition led by former prime minister Raila Odinga, his people of sirisia ward have now elicited numerous reactions online as they beg him to ditch Raila's side and join Ruto's United Democratic Alliance (UDA).

Speaking to sources recently, area residents who thronged Sirisa town on Saturday to welcome him have made it known that it will be imprudent of him to support Azimio despite the Kenya Kwanza faction which has an unassailable lead in government deciding to let become a free man again.

The area residents further noted that they, the people of Bungoma are the ones who played an instrumetal role in his freedom by making the region have divided support between the Azimio and UDA faction and he should repay them by joining Ruto's coalition.

"All we now want is for him (Waluke) to come back and work with the government of the day. We, the people of Sirisia, are the ones who popularised UDA in Bungoma through our MP. We now want him to go back to UDA," they said.

MP John waluke was sentenced to 67 years in jail after being convicted of sh 297 million corruption scandal.