By Ojijasspaul (self media writer) | 1 month ago 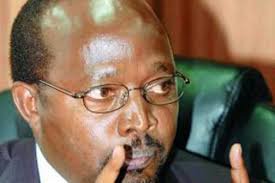 Kipruto Arap kirwa who is a member of DAP-K party has explained that the problem with Kenya is lack of communication between those in government and opposition.

Speaking during an interview in K24 channel he said that country should look beyond Ruto and Raila and create an office for the opposition in the country.

Kirwa further stated that there should be a foreshadow cabinet minister who engages the with the actual cabinet secretary in the ministries.

Not forgetting that those were one of the issues in the that were in building bridges initiative that was ruled out to be unconstitutional by the court, Kirwa pushes such changes to be made in Kenya.

Kirwa's proposal just comes days after a section of Kenya kwanza leaders and Azimio leaders also had a proposal of taking a bill to the Parliament of having an office of the opposition that is well established in the constitution.

Edwin Sifuna earlier explained that the office used to exist but it was left out after the amendment of the 2010 constitution. Sifuna clarified that the only difference will be that he/she will not be required to be in the parliament as it had been before.

Content created and supplied by: Ojijasspaul (via Opera News )