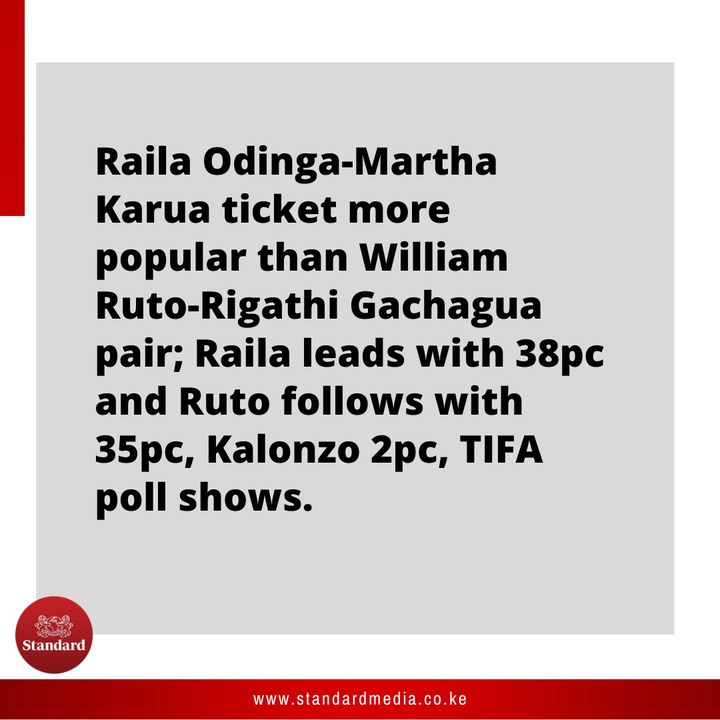 This poll comes after another in mid-March when Dr. Ruto had opened an eight points lead between himself and his arch-rivals.

A common perception has it that the appointment of Mathira MP Rigathi Gachagua as Ruto's running mate is largely to blame for Ruto's decline in popularity. During the nomination process, Rigathi Gachagua despite his proximity to Dr. Ruto was dropped by legislators who voted for Senator Kithure Kindiki.

For some reason, Ruto's reasoning was clouded and the choice of Gachagua is turning out to be a nightmare, particularly now that Raila settled not for Kalonzo but Karua.

Unlike Gachagua, Martha Wangari Karua has the credentials of a democratic reforms agitator besides being a woman and hailing from the Mount Kenya region.

The Kenya Kwanza formation had not bargained for the eventuality of Raila settling for anyone else apart from Kalonzo Musyoka. They even used their huge media presence to drive the narrative that Kalonzo by dint of having been Raila's running mate in two previous elections had a right of some sort to deputize for Raila a third time.

The idea was to push Raila into settling for Kalonzo thereby losing out on the Mount Kenya vote. 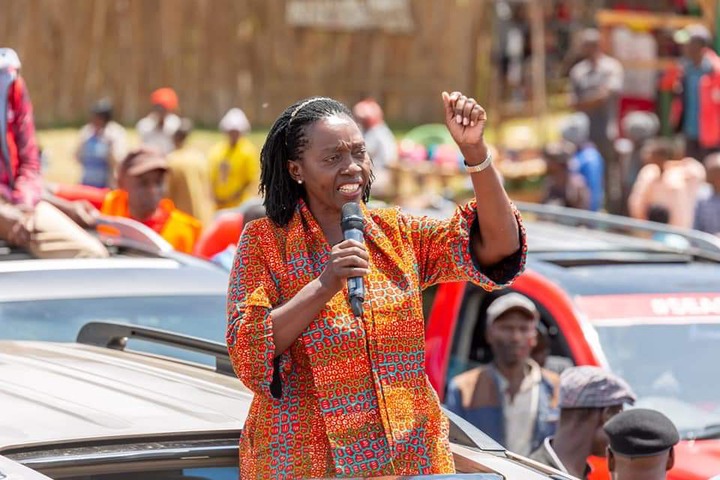 Raila's choice of Martha Karua has tilted the balance in his favor in the presidential race.

Nobody saw it coming as in one fell swoop Raila pulled a masterstroke turning his back on Kalonzo and settling for a woman: Martha Wangari Karua. Raila tapped not only the critical part of Mount Kenya voters but his appeal rose nationwide as a presidential candidate with a genuine concern for the powerful yet-neglected female voting block.

Meanwhile, Gachagua's candidature has raised a can of worms with the media turning the spotlight on his past. Among other things, they've dredged up the Truth, Justice and Reconciliation Commission Report which named Gachagua as culpable in arming youth around Molo and playing a role in the post-election violence that rocked Kenya after the 2007 General Elections. 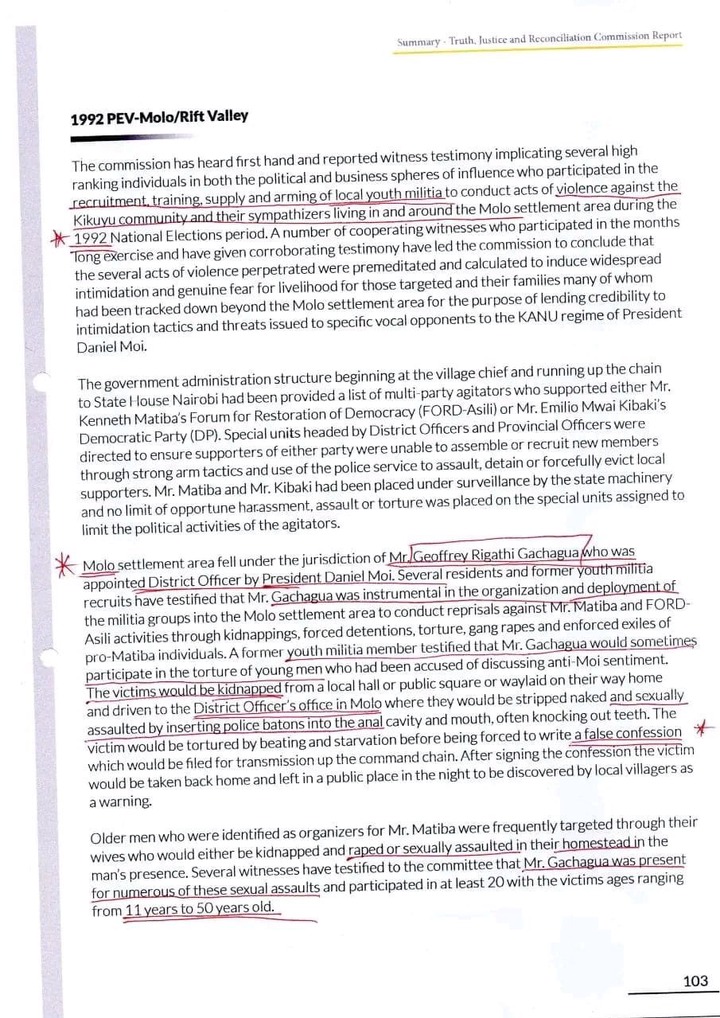 A page from the Truth, Justice, and Reconciliation report.