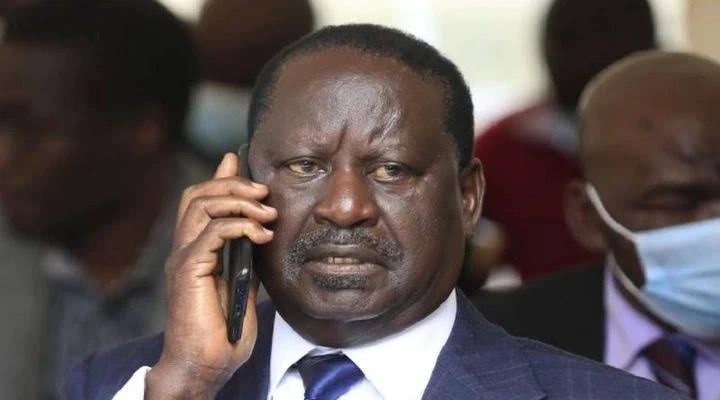 According to activist Boniface Mwangi, Raila Odinga, the head of the Orange Democratic Movement (ODM), is eager to have Martha Karua as his running mate, but the Kikuyu elite is scared.

President Uhuru Kenyatta and the Kikuyu elite, according to Mwangi, are concerned that if Raila becomes president, he will not allow them to continue plundering the country.

The fact that Raila Odinga will not choose Martha Karua as his deputy is intriguing, since it reveals specifics about Uhuru Kenyatta' s stated dread of the coalition being disclosed publicly.

According to a reliable source on Twitter, Uhuru is afraid of picking Martha Karua as Raila' s preferred running partner since Raila is so elderly that he may retire while in office due to his age, and the deputy will immediately take over as president. 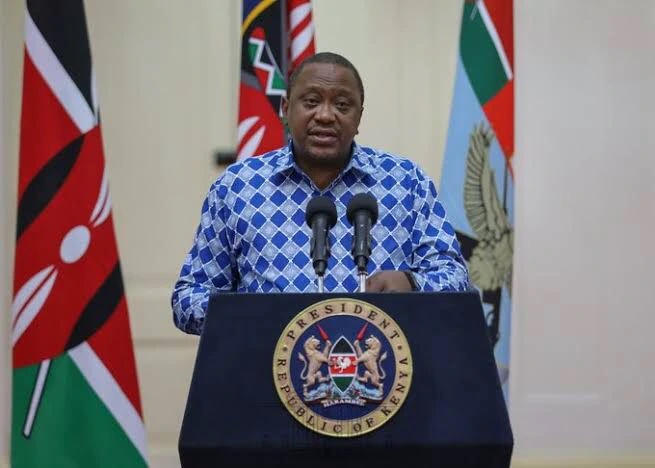 According to the source, Uhuru and Kikuyu leaders are concerned that she would have access to their secret transactions, involving money stealing, and that they will be imprisoned as a result. 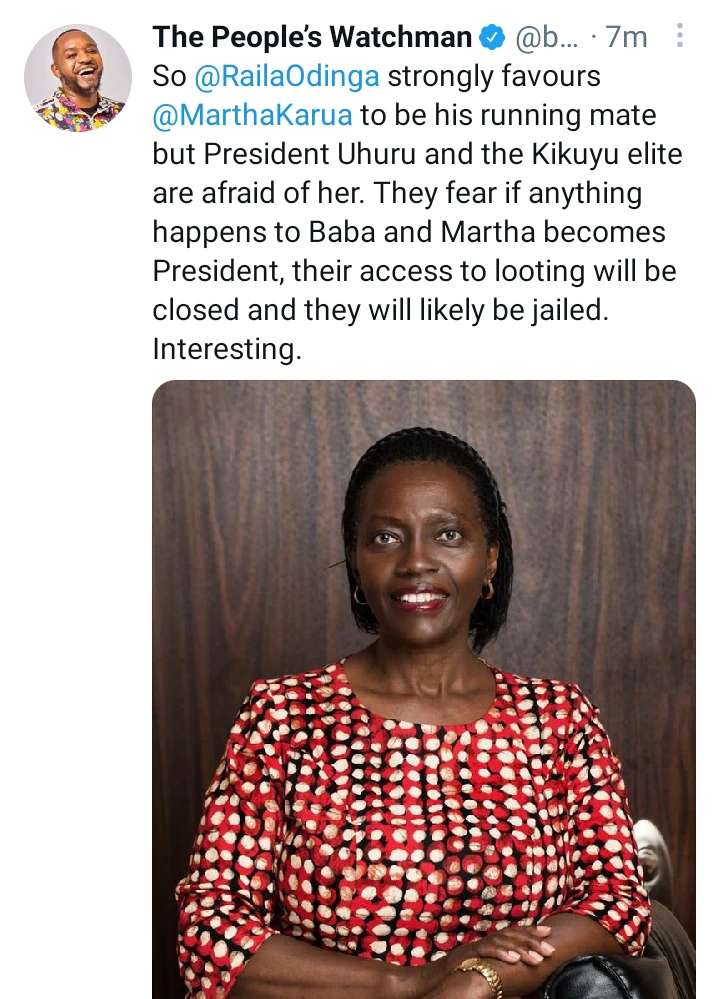 " As a result, Raila Odinga favors Martha Karua as his running mate, but President Uhuru Kenyatta and the Kikuyu elite are wary of her. " They are concerned that if something happens to Baba and Martha Karua is elected president, their access to plundering will be restricted, and they will be imprisoned. " The People' s Watchman wrote.

Karua is widely regarded as one of the most likely candidates to succeed Raila as president in 2022. 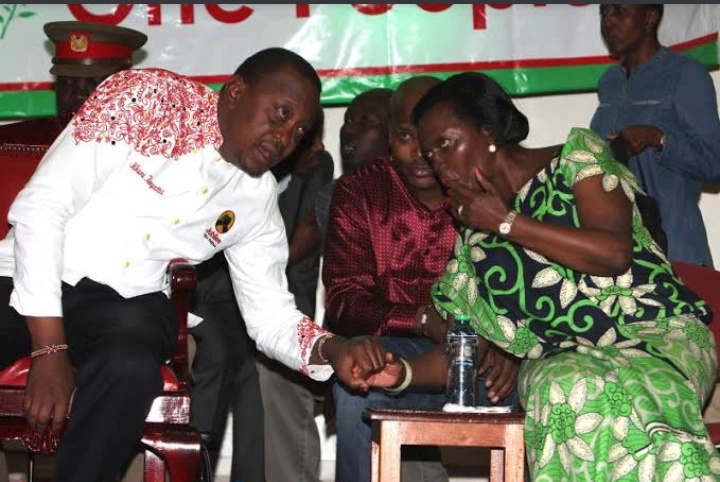 Raila Odinga, who announced his intention to run for president for the fifth time in December last year, has been encouraged to choose a running mate from the Mount Kenya region to ensure a 100% vote.

Raila may yet be able to entice Karua to his side, since the former Kirinyaga governorship candidate appears to have found a new home with the One Kenya Alliance as a successor for Musalia Mudavadi.

Kenneth has been seen with the former Prime Minister at recent campaign rallies, whipping up support for Raila, who is running for the country' s top job for the sixth time after four failed attempts.

Laikipia Governor's Race: A Two-Horse Race, Who is Better Between The Two?