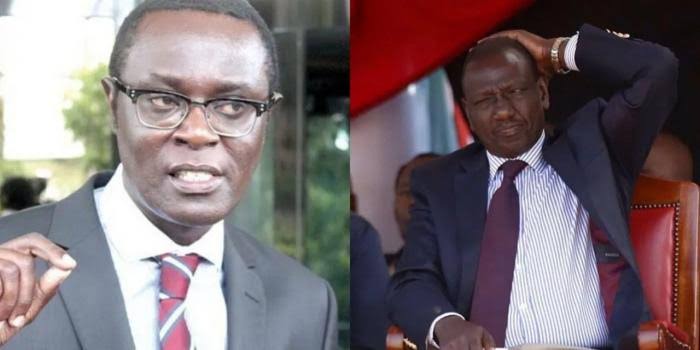 Top Political Analyst Mutahi Ngunyi has responded to Ruto comments on imperial Presidency and the recent exposure by the Managing Director of Equity on the 15 billion loan issue.

Yesterday Deputy Ruto claimed that Building Bridges Initiative Bill would have resulted to creation of an imperial Presidency. He also said that he together with others had fought for an end of imperial Presidency for nearly thirty years.

This comment has been revealed by Mutahi Munganyi as a lie. Mutahi Ngunyi revealed that its the same Ruto who was nurtured and accumulated wealth from the Imperial Presidency of Daniel Moi.Muthahi Ngunyi added that Ruto has a lot of political lies and maybe Ruto is not his real name "DearKikuyus , Bwana Asifiwe has the GIFT of telling POLITICAL Lies. Maybe Ruto is NOT EVEN his name. Think ABOUT", Mutahi Ngunyi stated.

The second issue which Mutahi Ngunyi refferd to Deputy President William Ruto as a lie is after the statement from Managing Director of Equity Bank Gerald Warui who denied claims that Ruto associate Harun Aydin had no loan with the bank contracting Ruto claims. 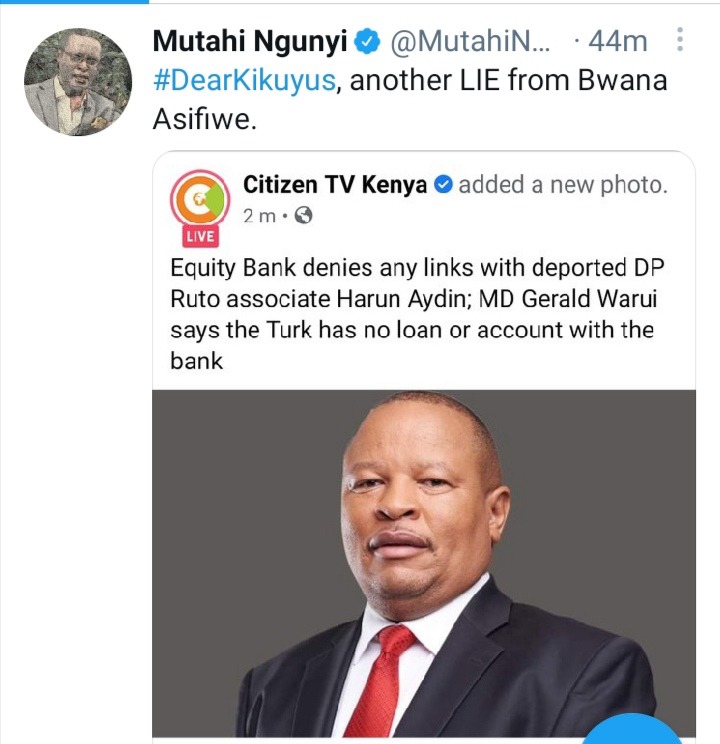