Why Uhuru Kenyatta Could be Very Unhappy With CS Fred Matiangi

By Kaochungulo (self meida writer) | 24 days 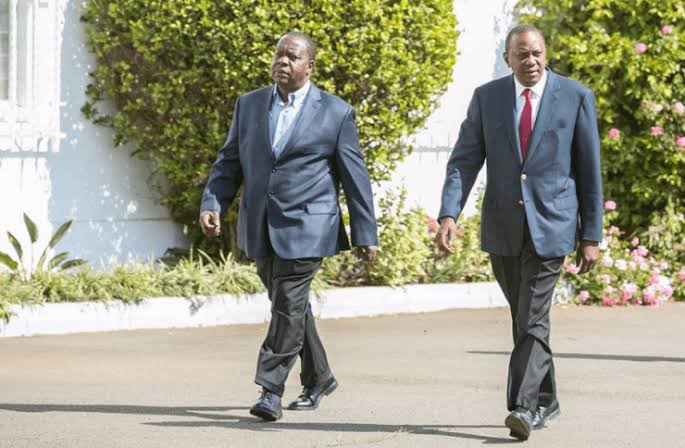 President Uhuru Kenyatta is a very humble gentleman but a person who really is focused in issues the peace of the country. He has always championed for the country remaining united and strong going into 2022 elections.

Uhuru Kenyatta could however be extremely hungered by the actions of CS Fred Matiangi who has been using police and manipulating them politically. A case in point is Bonchari, Juja and Rurii where the police were used so massively leading even to the people voting a protest vote against the party of president Uhuru Kenyatta hence embarrassing him badly.

CS Matiangi could be the reason jubilee party lost in the by-elections as he tried to use force of the police so that Jubilee can win but people voted in protest of his move. It's clear Kenyans are only interested in a peaceful election devoid of intimidating by the police. His actions therefore lead to low voter turnout in all the by-elections that were concluded recently.

CS Fred Matiangi could be the reason Uhuru Kenyatta was badly embarrassed in his own constituency. Already jubilee majority whip in the national assembly has connected the loss of the by-elections to the government use of state officers instead of politicians as well Uhuru Kenyatta is said to be extremely furious.

Therefore going forward, it might not be business as usual of Uhuru Kenyatta and CS Fred Matiangi. Already he has been accused even in Bonchari of engaging in politics yet it's clear he is a public servant just for his 2022 personal gain as alluded by Raila Odinga in his statement after the by-elections were concluded.

Content created and supplied by: Kaochungulo (via Opera News )