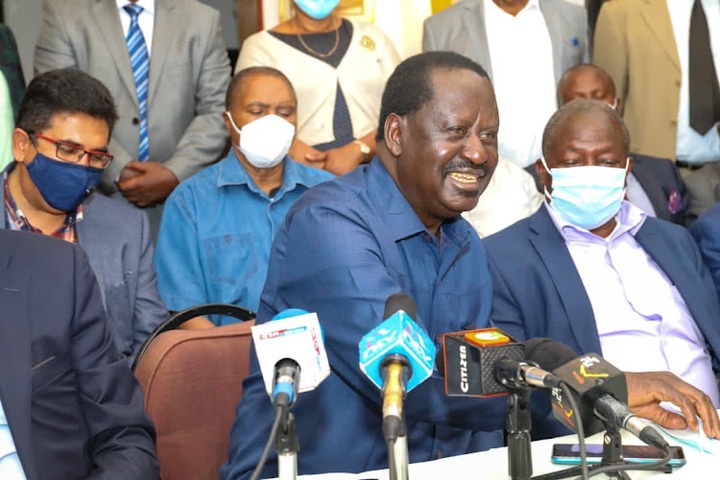 It's now clear that ODM party leader Raila Odinga is the next President of Kenya, Homa Bay Town Member of Parliament Peter Kaluma has said.

Raila is among those keen on succeeding President Uhuru Kenyatta and has began campaigning for himself after a while of silence on his plans.

The parliamentarian says that Raila is indeed headed for a victory and will finally get the opportunity to lead after unsuccessfully seeking the seat four times.

The proof that this will happen, he says in a tweet, is the fact that the former Prime Minister has managed to get the blessings of Mukami Kimathi, wife of famed freedom fighter the late Dedan Kimathi.

He opines that it is now clear that whoever gets her blessings proceed to win the seat, as was seen when she blessed Uhuru and his deputy William Ruto. 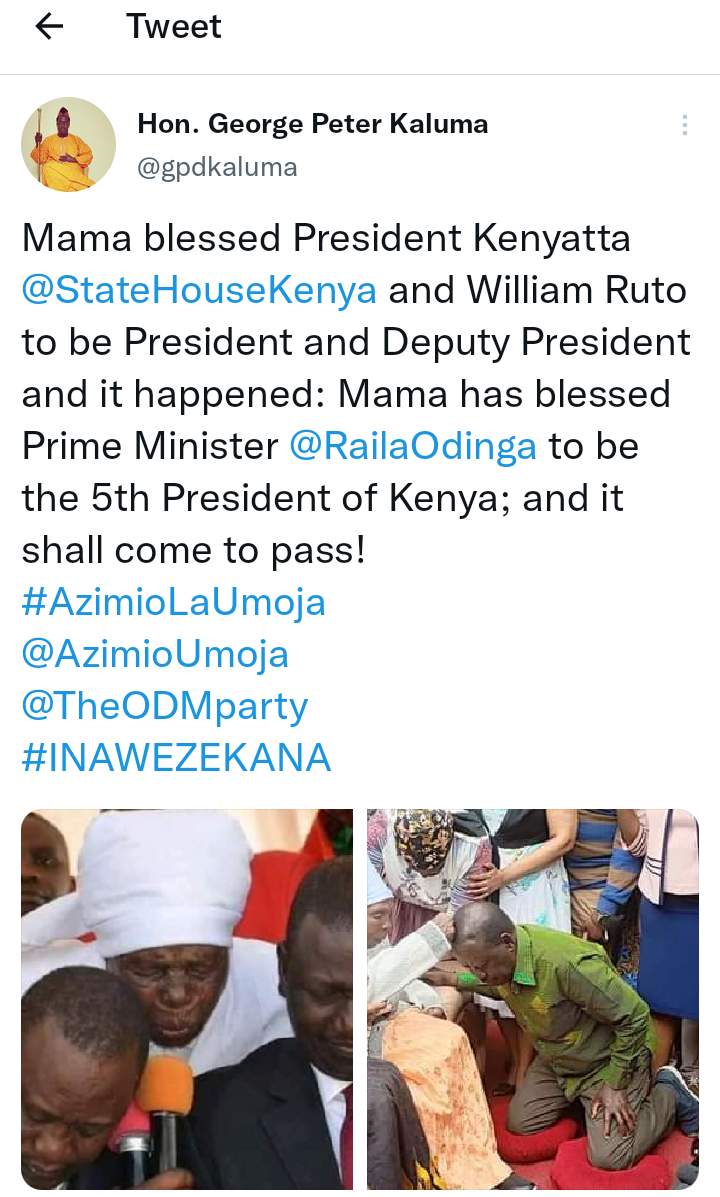 "Mama blessed President Kenyatta and William Ruto to be President and Deputy President and it happened: Mama has blessed Prime Minister Raila Odinga to be the 5th President of Kenya; and it shall come to pass!" he says in a tweet.

Raila visited Mukami at her home in Komarok on Sunday, promising to ensure that she owns the house which she currently lives in, which is rented.

Raila has also managed to secure the support of some big names from the Mt Kenya region, including governors, who are now campaigning for him.

Governors seen to be on his side include Lee Kinyanjui (Nakuru), Francis Kimemia (Nyandarua), Nderitu Muriithi (Laikipia), Kiraitu Murungi (Meru) and James Nyoro (Kiambu), and a host of area MPs.

He is also seen as Uhuru's preffered successor and the preffered next President of the Mt Kenya Foundation, even as it remains silent on its plans.

He is up against others, Ruto, who has fallen out with the President and who the President has been bashing for misleading Kenyans through his style of politics and engaging in premature campaigns.