Hon Muthama Breaks Silence After Police Were Deployed to Block Their Event, Reveals What Wil Happen 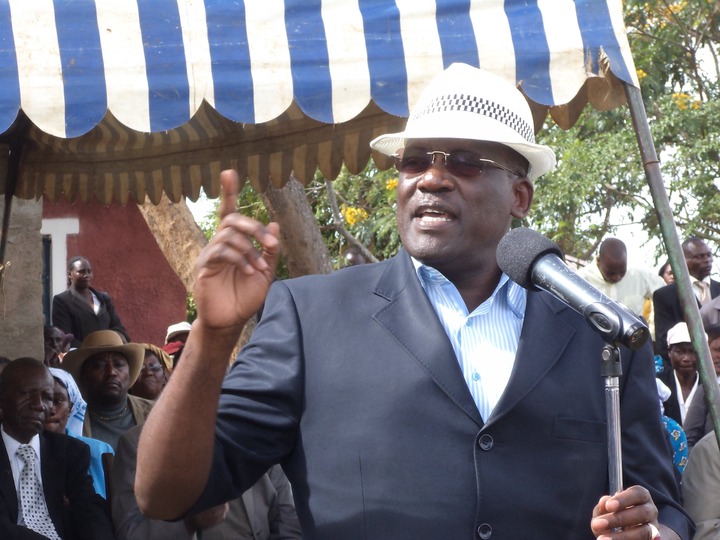 The police cited the reason for the cancellation of the event to be due to the fact that Jubilee Party had also booked the sake venue for a meeting. Thus, it was said that two rival events cannot take place in the same venue.

And now, Ruto's camp through the national chairman of UDA party Johnson Muthama has finally come out to break silence and reveal what will happen after the blocking of the event.

According to Muthama, the Jubilee adminstration is using police to disrupt UDA from making inroads in Kiambaa, something which he says is uncalled for and backward.

However he says that ultimately, UDA party will still Carry the day come 15th this month during the polls as the Hustlers in Kiambaa will wake up early in the morning to send UDA candidate Njuguna wa Wanjiku to the national assembly. 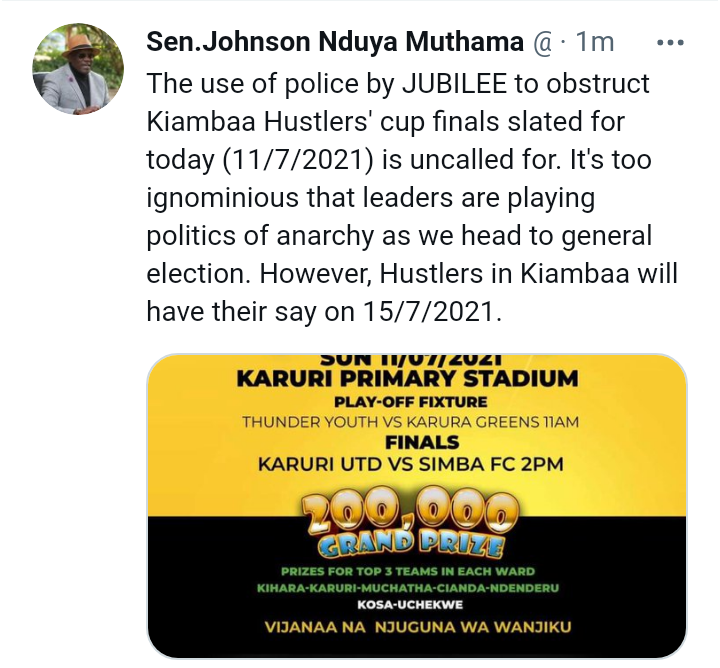 "The use of police by JUBILEE to obstruct Kiambaa Hustlers' cup finals slated for today (11/7/2021) is uncalled for. It's too ignominious that leaders are playing politics of anarchy as we head to general election. However, Hustlers in Kiambaa will have their say on 15/7/2021," he said.

The resale rule of the new 2022 Toyota land cruiser

(Opinion)Raila-Ruto 2022 Contest: Number Of Votes And Turnout In Various Regions That Will Play A Great Role

"War is Costly But..." CDF General Kichochi Talk About KDF Operations in Somalia, Why it is Fruitful