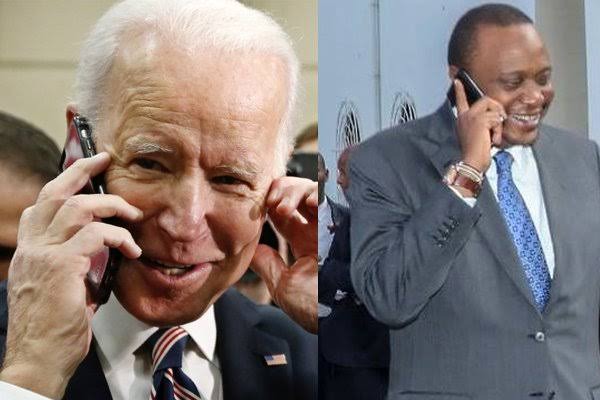 This was revealed on Tuesday night through an official statement sent to the press by the White House press secretary Jen Psaki. 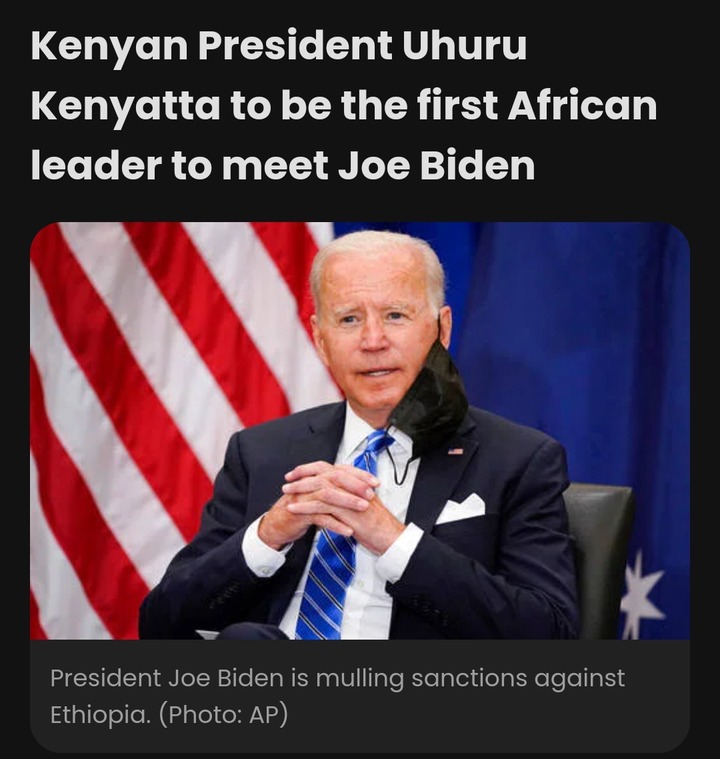 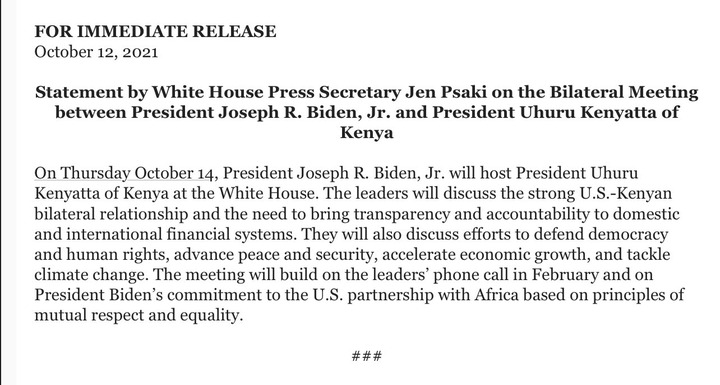 The meeting between the two leaders will be the first ever to be held between the United States of America president with an African leader hence a special privilege to the Kenyan president. 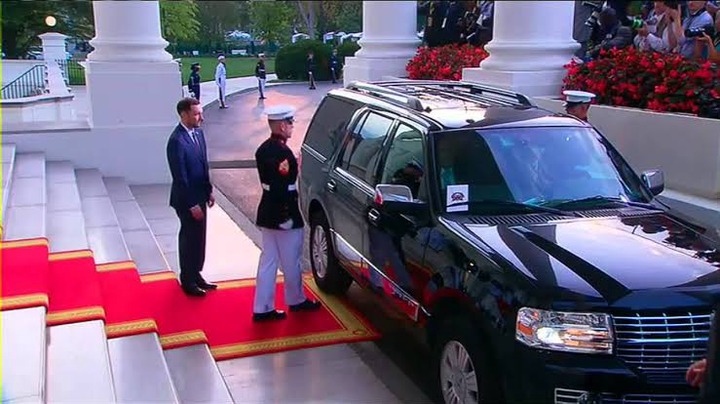 Kenya is currently holding the rotational presidency of the UN Security Council for the whole of this month and hence president Uhuru Kenyatta was hosted at the UN headquarters by the Secretary General Guteres Antonio.