By Regan_news (self media writer) | 2 months ago 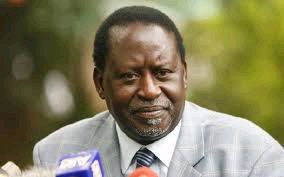 Raila Odinga, the presidential candidate for Azimio la Umoja, has for the first time explained why he let President William Ruto leave without being challenged. Speaking for the first time after losing to the Kenya Kwanza leader, Raila claimed that the ICC approached him and convinced him to give up the president. According to Raila, the ICC advised him to follow the Supreme Court's decision in order to prevent totalitarianism in the nation. 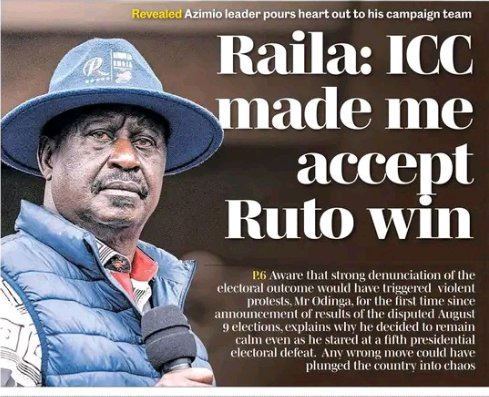 The ICC did not want to see the same situation happen again because it still has an open case involving post-election violence in the nation. They went to the former prime minister and argued for peace as a result.

This is the first time Raila has spoken out about being persuaded to accept defeat by the ICC. He had initially brought a claim to overturn Ruto's victory, but the Supreme Court dismissed it because there was insufficient evidence to back it up. However, Raila has moved on and accepted the job of opposition leader. Follow the page to receive daily news updates.

What's Cooking? Speculation Rife as Jubilee is Set to Hold a Press Briefing to Address the Following

Raila to Ruto: I Do Not Need any Kind of Security from Him