By IamTheRealest (self media writer) | 5 months ago

Kalonzo Musyoka reveals the reason behind the 6-hour delay of the Azimio event. The details of secret meeting that led to a delay in the event of Raila's rally has been leaked out. According to our sources, Mama Ngilu did not want Kalonzo Musyoka to have a deal with ODM party leader Hon Raila Odinga. 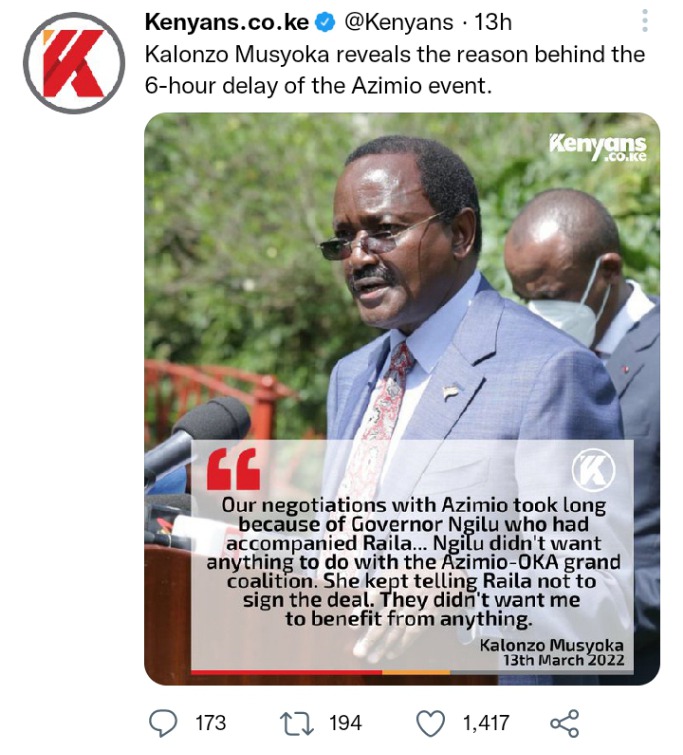 However , Mr Kalonzo and president Kenyatta were pushing Raila to the limit. OKA's entry into Azimio has thrown a spanner in the works, with reports indicating that Kalonzo demanded a slice of the Nairobi cake. This therefore transfigure a section that will leak out leadership divide in Azimio.

Kalonzo stated that Governor Ngilu did not want his talks and agreement with Raila. In this case, president Uhuru Kenyatta was forced to bring up a mediation meeting in the state house. The involved parties that is Kalonzo, Raila and Ngilu had to agree on one term. 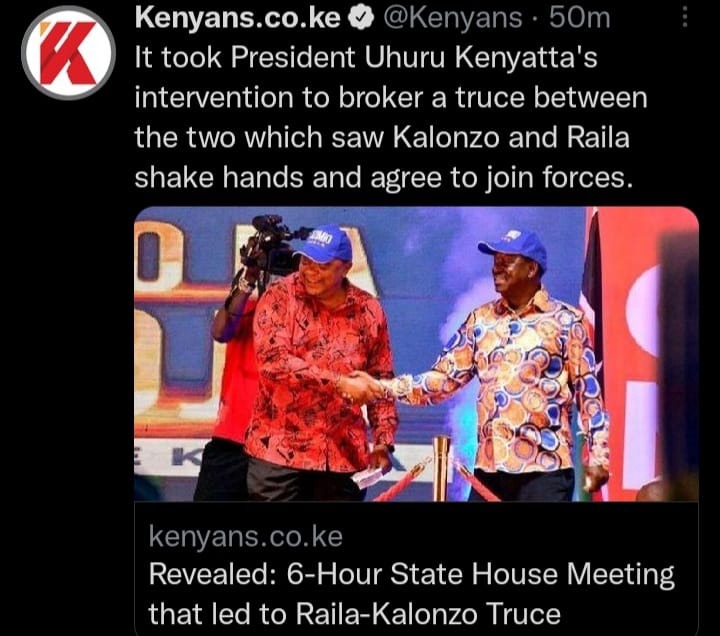 To it's success, president Uhuru Kenyatta managed to bring an understanding between the 3 and Governor Ngilu agreed for the deal between Raila and Kalonzo. Politically, governor Ngilu is said to be afraid that OKA and wiper party leader would snatch some huge role that she could also play in Azimio. 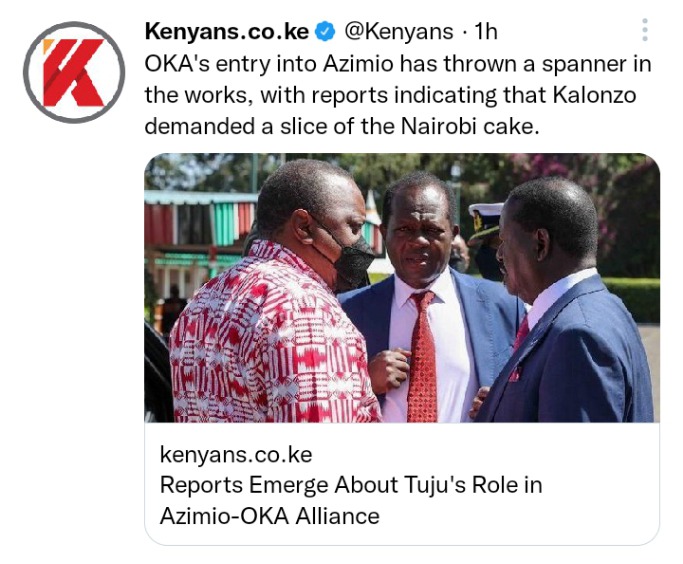 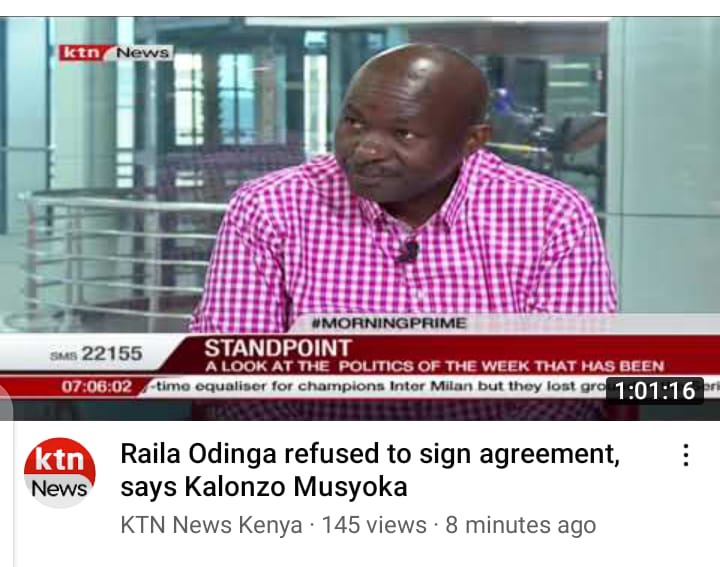 Kalonzo also revealed that Mr Odinga refused to sign the agreement arguing that Kalonzo is not a man worth riding with him. This Mr Odinga said in reference to what Kalonzo told him. Kalonzo informed Mr Odinga to step down and that made Raila not ready to work with him.