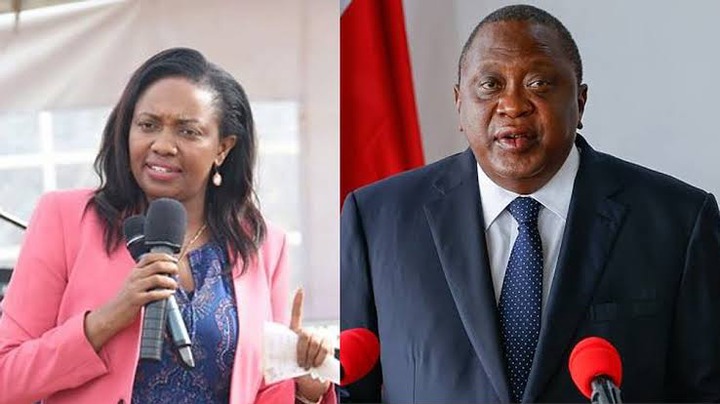 Taking to the social media, the vocal legislator suggested a possibility of direct connection between the 2 billion allegedly looted daily in the country to the huge wealth allegedly accumulated by the Kenyatta's family as leaked via Pandora papers.

"Can we connect the dots and authoritatively say we have finally found where the 2b lost daily is being 'stashed'? She posed.

Her remarks comes shortly after an international media house exposed high profile politicians who have secretly stashed wealth offshore. The Kenyatta's were listed among the leaders allegedly owning more than 11 companies worth more than $30 million (about Kshs 3 Trillion).

According to the paper, the politicians hide their wealth in a secret entity which cannot be reached by local agencies and authorities and thus the wealth remains a secret.

The expose has triggered mixed reactions especially Ruto's allies who have blasted the Head of State claiming that he has been claiming yo be fighting corruption which is part of. 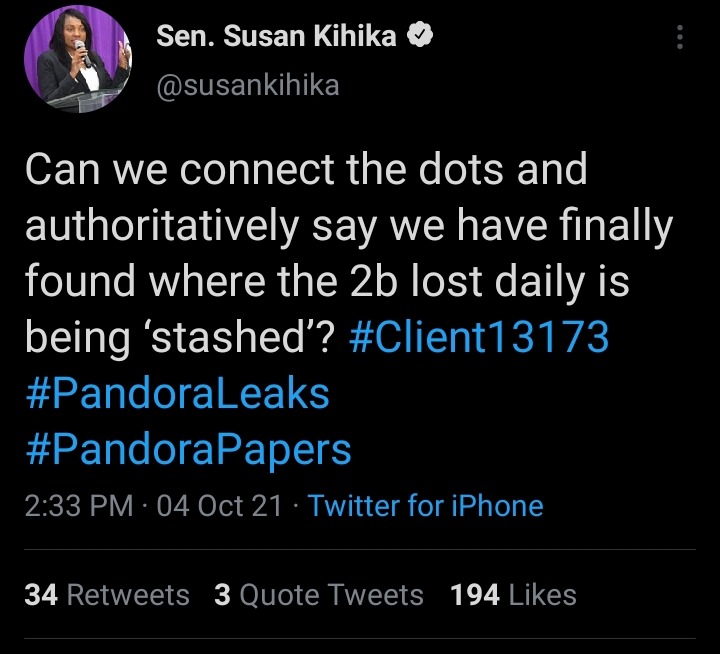