The Day Kibaki Got "Lost" From His Bodyguard For 5 Minutes 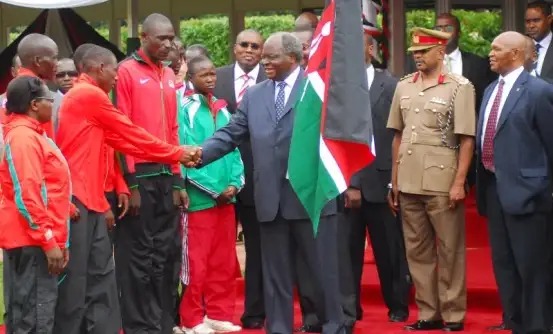 An Aide de Camp is such a powerful and influential person in the life of a President. He is one person that the Head of State can listen to. Geoffrey King'ang'i was once such a man.

As the person who always stood behind retired President Mwai Kibaki, Colonel ( Rtd) King'ang'i played a crucial role in the life of the former Head of State.

In the public eye, the job of an Aide de Camp appears to be a bed of roses. But this is far from it. In fact, it could be one of the most challenging assignments.

The biggest challenge of King'ang'i's job as Kibaki's bodyguard came when the President had travelled to the USA. It was the first time ever he had accompanied the Head of State to a foreign country.

As he was awaiting clearance in one of the buildings which was the venue of several meetings, he lost contact with the President who had been cleared five minutes earlier.

In a candid interview with the Standard a while ago, Colonel King'ang'i recounts how he became a worried man, forcing him to force his way out of the clearance office to get in touch with the President, who at the time was walking without security.

How Mbeere South MP, King'ang'i is one man who has a deeper understanding of the inner workings of power having been close to the former Head of State.