By Lakesidekenya (self media writer) | 11 months ago 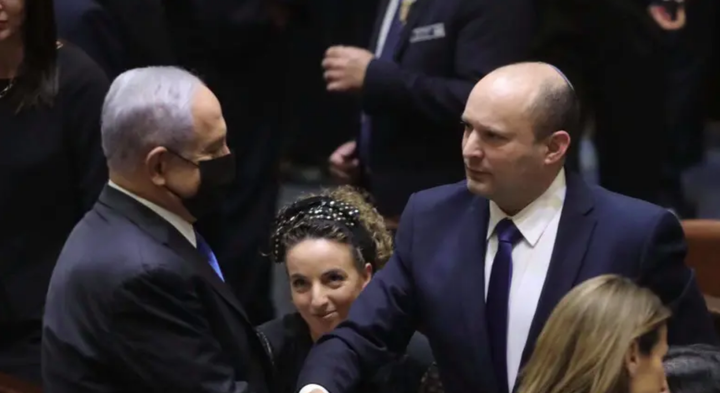 This comes after the Knesset, Israel’s parliament held a special session where a confidence vote was passed to approve a new coalition government.

Naftali Bennett becomes the next Israel’s prime minister after the approval and swearing-in of the new coalition governmen. parliament voted confidence in Bennett's new administration flooring Netanyahu by a tight 60-59 majority.

Bennet is a high-tech millionaire who also served his country as a defence minister.

Protesters supporting the new coalition government have been taking part in a weekly protest against Netanyahu near his official residence in Jerusalem.

Netanyahu is the longest-serving leader and has been prime minister for 12 years having served his first term between 1996 and 1999.

His second term that has now ended started in 2009 and has been troubled by among other things, an ongoing corruption trial which he denies committing any malpractice.

Israel’s neighbours Palestine still have no reason to be happy as they predict the incoming prime minister will also pursue the same agenda as Netanyahu.