By Informer77 (self media writer) | 1 month ago 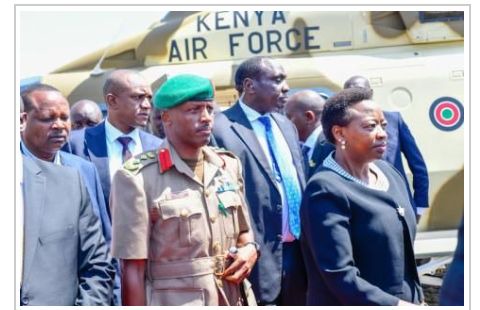 In his first tour if duty the new Aide De Camp accompanied President Ruto to the burial of deputy President Rigathi Gachagua's brother in Mathira, Nyeri County. Before he took up his new role, Lengusuranga was a senior special forces branch commander having been commissioned into service in 1999. 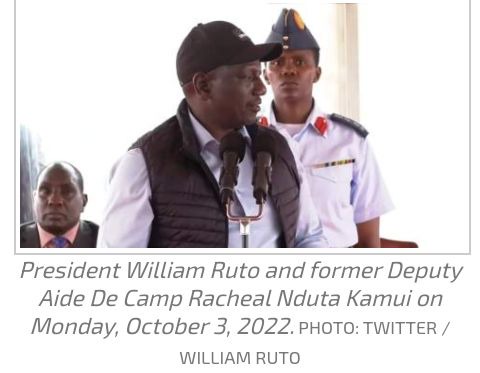 The President's personal effects will be entrusted with the new Aide and his deputy. According to the military protocols, every president is granted a chance to pick his Aide De Camp, who works closely with the presidential escort unit commander who is entrusted with his security. 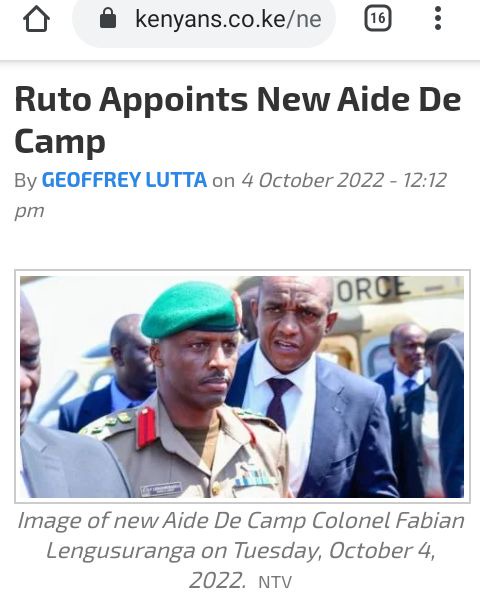 Mother of Demos? Raila Calls for Crisis Meeting With MPs Ahead of Wednesday's Mega Rally At Kamkunji