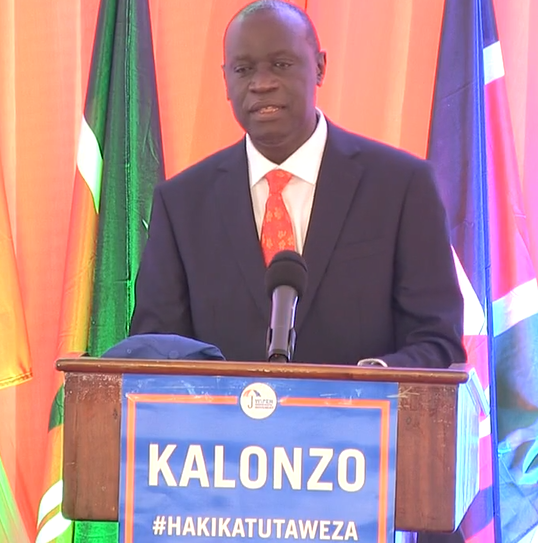 Wiper Party leader Kalonzo Musyoka has bolted out of the Azimio La Umoja coalition. At a conference at the SKM centre in Karen, the former Vice President announced that he will bring back the One Kenya Alliance, OKA and be its presidential candidate.

Kalonzo also announced his running mate; politician Andrew Sunkuli who was present at the event.

In his acceptance speech, Mr Sunkuli expressed his excitement and enthusiasm for being honoured by Kalonzo. However, he surprised those in attendance by saying that he thought Kalonzo was looking for someone to jog with when he approached him.

Sunkuli added that Kenyans should stop following popularity and pick quality instead of quantity. He urged the country to give Kalonzo and him a chance to lead.

"This country is getting used to popularity tyranny…If all we chase are quantities in numbers, when will quality have its time?" he exclaimed.

Kalonzo had noted that his relationship with Raila is over after he chose Martha Karua over him for the running mate position. He revealed that the former Prime Minister approached him at night pleading that he stays but he outrightly stood his ground and informed him of his intention to go all the way to the ballot. Gideon Moi was also present at SKM although his party leader was at KICC.