Police officers from Embu have arrested a man who allegedly pretended to be an Azimio Presidential election agent.

In a news report that has been shared by a reliable source of information, it has been revealed that the suspect was Busted and exposed by one of the officials who immediately alerted police officers who in turn arrested him.

This is happening at the same time when the government through IEBC Chairman Wafula Chebukati has called upon kenyans to make sure they stay vigilant and calm Amid the ongoing vote counting process all over the country.

According to the reports given by Wafula Chebukati, he claimed that it is so unfortunate that Alot of people are currently sharing and believing in fake news and for this reason, Wafula Chebukati has called upon all kenyans to make sure they stay calm and wait for the actual results which would be announced by the IEBC.

Similarly, a number of politicians who are allied to the deputy president of Kenya have urged Azimio to let Chebukati do his job.

While reacting to this incident, kenyans who took to their different social media accounts to express their opinions and suggestions on the matter have called upon President Uhuru Kenyatta to come out and speak about the ongoing general elections in order to reduce the increasing tension among all kenyans.

According to the reports given by most Kenyans, they claimed that it was so unfortunate that the government is still quiet despite the fact that Alot of people are currently waiting for the results of the just concluded Presidential elections all over the country Amid increasing number of fake news in the country. 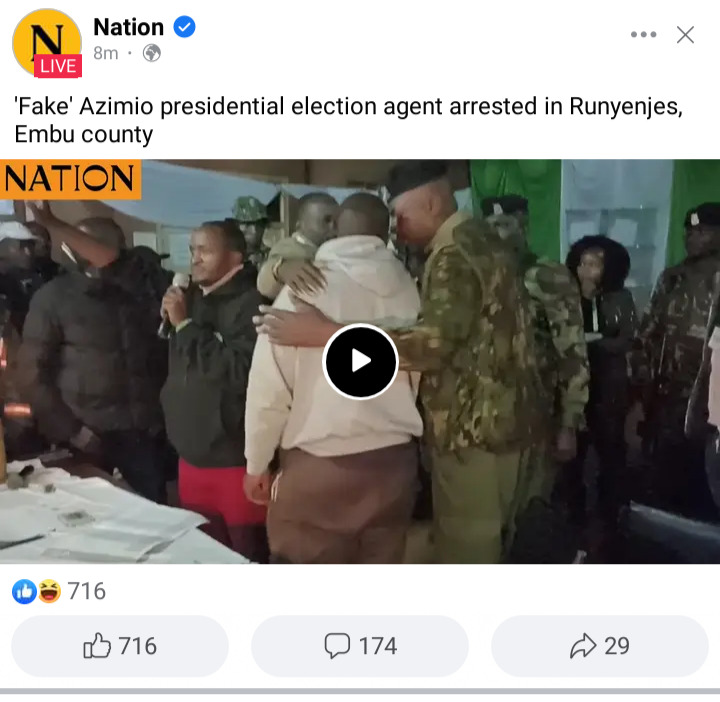