By Nyambaneomwenga (self media writer) | 2 months ago 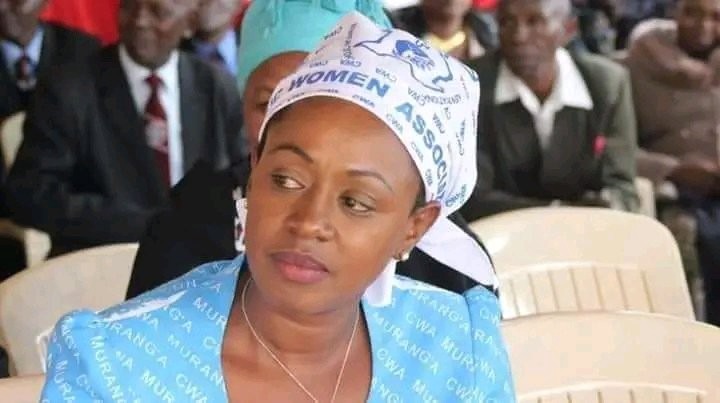 The Jubilee Party stunned the mps by providing a house leadership list that was different from the one Azimio had previously provided. While Junet Mohammed served as main majority whip, Azimio Opiyo Wandayi was reportedly the majority's leader.

According to a list that Azimio had given the speaker of the national legislature, Sabina Chege was to replace Junet Mohammed. Surprisingly, Jubilee has given speaker Wetangula another list through its secretary general. 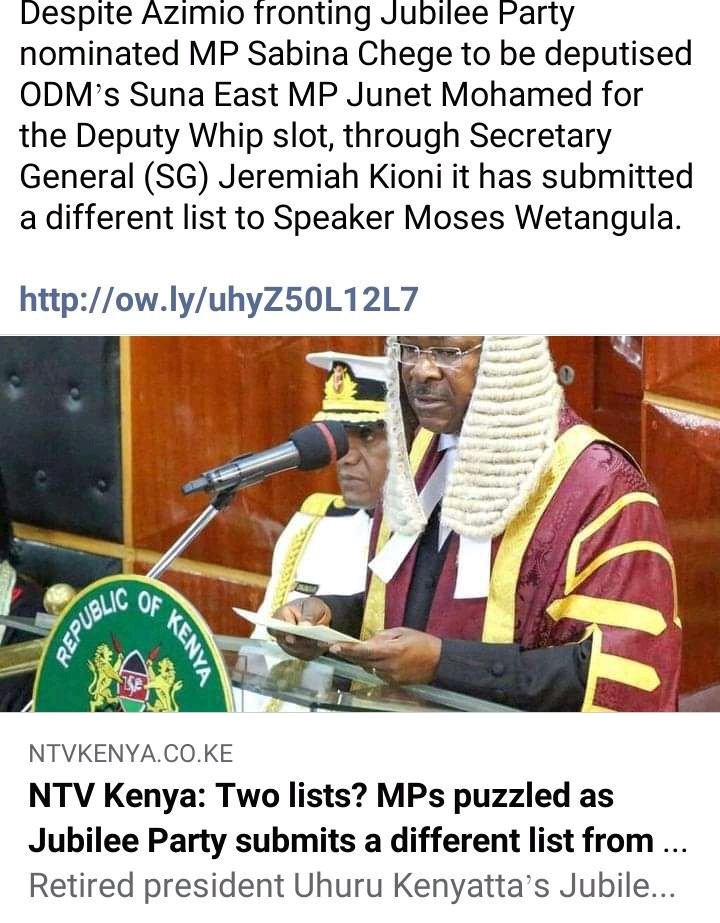 According to Jubilee, Samuel Arama of Nakuru Town West is the majority whip, and Shurie Abdi Omar of Mbalambala is the majority leader. Sarah Korere of Laikipia North is the deputy whip.

Wetangula believes that Jubilee is still under Azimio despite the fact that this list is different from the one that Azimio supplied. Sabina Chege was initially fronted by Azimio as the deputy whip to deputize Junet Mohammed but has since been abandoned by Jubilee in favor of Sarah Kerore.

"Even Ruto Has No Power To Recall Winnie Odinga, You Don't Understand Your Role" Ledama Warns Gitonga

We should not ask for Ruto's permission to protest — Martha Karua