By NRMedia (self meida writer) | 24 days 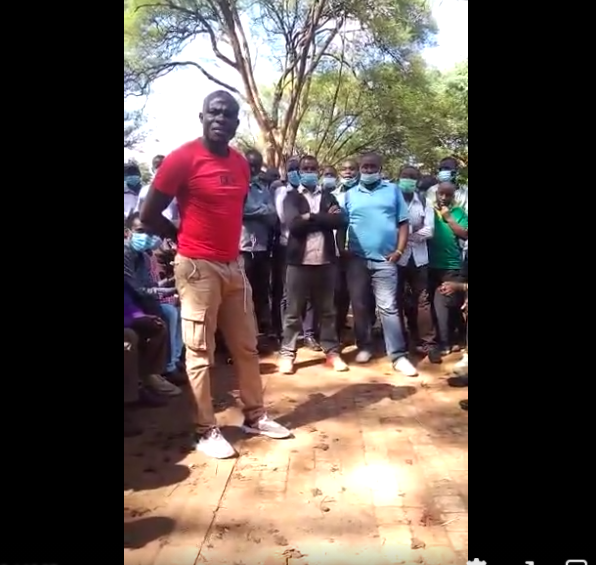 Even as rumours of a probable coalition between Deputy President William Ruto and ODM party boss Raila Odinga continues to intensify, a section of ODM supporters have come out to warn President Uhuru against clinging to power beyond 2022.

Led by vocal ODM die hard supporter Mwana Soldier Wa Raila, the supporters warned that Uhuru might be planning to use his powers and the ongoing coronavirus pandemic to extend his term in office for three years till 2025.

"We know that Uhuru doesn't want to leave office. He wants to extend his term...he wants to use this pandemic to close the country and even probably extend his term beyond 2022 because the constitution allows him to postpone such because of a national pandemic," stated Mwana Soldier. He urged ODM,UDA supporters and all other common Kenyans of the same spirit to be patient and wait for any eventuality, adding that they will not allow Uhuru to extend his term by 3 years and that they will use their constitutional rights to protest, to flood the streets in demonstrating.

Jaro revealed that they will even mobilize their MPs (ODM and UDA) to use their numbers to introduce an impeachment motion for the head of state, should he insist on clinging to power.

"Let Raila take his time to fully recover and Ruto to relax at his home for the time being, but just incase Uhuru decides to extend his term, we will mobilize our supporters to take to the streets. We will even mobilize Raila and Ruto's MPs to introduce an impeachment bill in parliament because they have the numbers," he added. 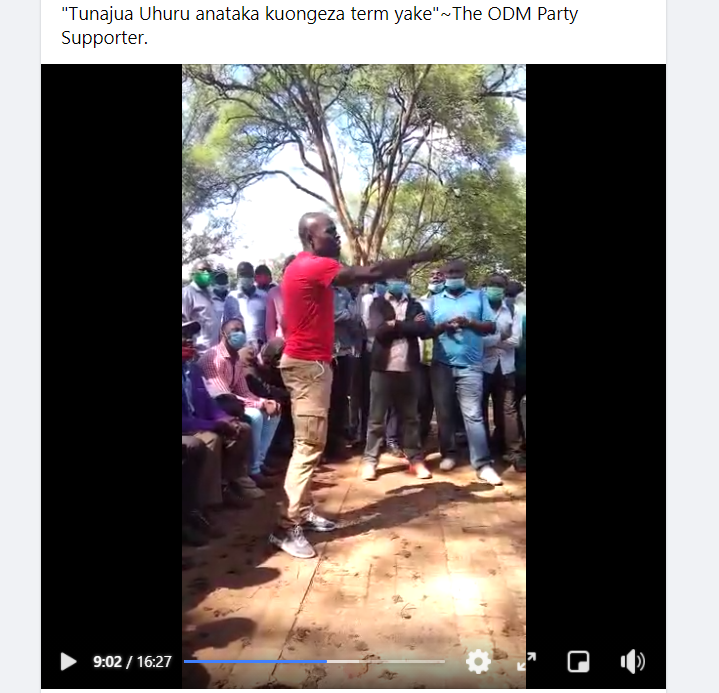 He however, insisted that demonstrations will be peaceful and that no Kenyan will touch each other since they have all suffered the same fate, and that their 'freedom fights' will be with those who have oppressed the common mwanainchi.

The supporter warned Uhuru's right hand woman Nancy Gitau, saying she will not fix on who will lead Kenya and who will not. While pointing out at former Daniel Moi's powerful aide Sally Koskei who went home with the late retired president, Jaro said the same fate will meet Gitau in 2022.

He added that the incoming coalition will not be about tribes but will be about all Kenyans who feels they have been overburdened and mistreated by the current administration.

"We will never fight with other Kenyans, we will deal with the Deep State, Mafias and other big fish which has controlled our economy for long. We will unite against them as Kenyans," he added.