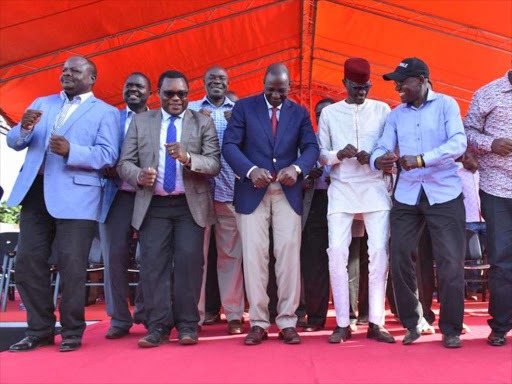 According to a number of political analysts, the Western Region played a key role in President William Ruto's victory following his decision to join hands with the Amani National Congress boss Musalia Mudavadi and his counterpart from Ford Kenya Moses Wetangula.

Mudavadi and Wetangula had for years rallied behind the Orange Democratic Movement, ODM party leader Raila Odinga, but months before the August 9th elections, the duo ditched the One Kenya Alliance they had crafted with Kalonzo Musyoka and joined hands with Ruto.

In most of his campaigns and meeting, Ruto did recognize and appreciate Mudavadi and Wetangula for making the bold step to work with him when the political temperatures were hot and against his presidential bid.

Speaking at State House Today, Ruto did not fail to thank the duo alongside Maendeleo Chap Chap party leader Alfred Mutua who ditched the Azimio La Umoja One Kenya Alliance camp before the polls.

According to experts and sources who spoke with NTV, the Western Region now boasts of key leaders who might land positions in Ruto's administration, and thus put the region afloat the political scene and matters development. 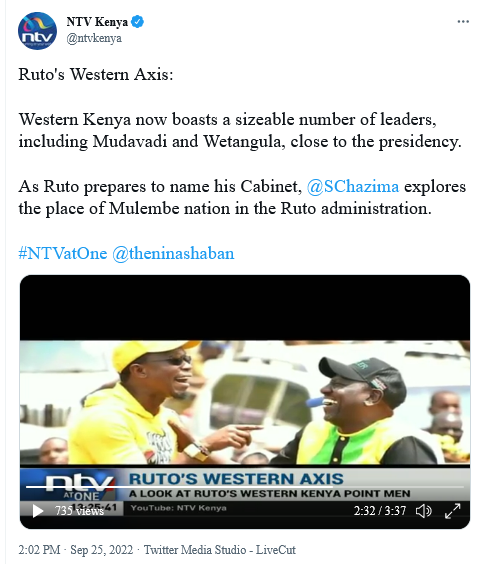 Others are the Former Kakamega Senator Cleophas Malala, and who lost his gubernatorial bid to ODM candidate Fernandes Barasa, Former Mumias East MP Benjamin Washiali and who had announced his move to retire from politics, as well as Former Foreign Affairs Chief Administrative Secretary Ababu Namwamba.

Namwamba has been making headlines for his contribution during Ruto's Inauguration after tens of Heads of State attended the event, to his presence during the week long foreign trip Ruto had embarked in United Kingdom, and the United States.

"Respect Kids Who Are Doing Exams, Avoid Demonstrations" Raila Told By UGM Party Ahead Of Demos

President Ruto Responds To Raila's Threats For Mass Action, Says He Will Not Be Blackmailed

Big Blow to President William Ruto As Mudavadi, Wetangula Gang Up Against Him

Why Gachagua Is Trending After He Visited This Famous School

Azimio Makes a Major Announcement to It's Leaders on Planned Demonstrations