By TeresaKE (self media writer) | 28 days ago 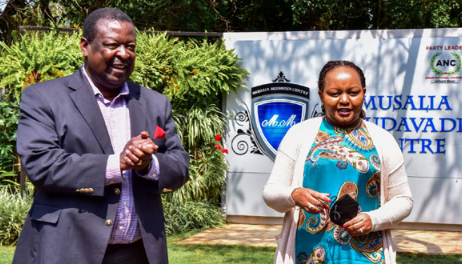 The One Kenya Alliance co-principal who announced that he will be choosing a running mate from Mount Kenya Region argued that the party has not engaged with any specific person so far, and that Savula's sentiments were personal, and did not depict views of the party.

"We are not courting anyone. We are open and that Savula at his peak of excitement made his comments. I spoke with him and he stated that they were personal views although he made his reference to the party. So far we have not made any of such commitments."

Mudavadi further revealed that Savula who made an appearance while Waiguru attended to summons at the EACC headquarters in Nairobi, elaborated that his move was in solidarity with the first term governor, and had no links with the party.

Waiguru has since stated that she will be making her decision after listening to her constituents on whether to accept running mate position or defend her seat. 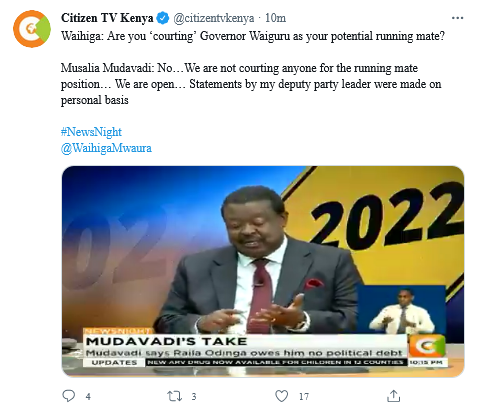