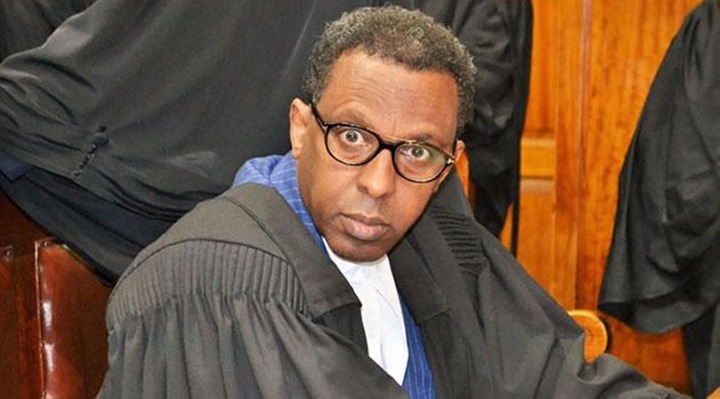 Things might have backfired on lawyer Ahmednasir Abdullahi's face after his latest Twitter opinion poll gave results that he obviously wasn't looking for.

He is among supporters of Deputy President William Ruto who have been bashing President Uhuru Kenyatta and ODM leader Raila Odinga, saying that their joint plans for 2022 will be defeated by the DP.

On Monday, he initiated a poll openly aimed at discouraging Raila, asking Kenyans what they think would happen to the former Premier if the President was to abandon him and his presidential campaigns.

He also asked Kenyans their thoughts on what would follow if the President, who he says clearly seems to preffer Raila over Ruto, withdrew his support.

"What will happen to Hon Raila's 2022 Presidential candidature If H.E UHURU withdraws his POLITICAL and ".........." support?" poses the lawyer, one of those of the idea that Raila stands no chance at all.

But the majority of the respondents have voted in favour of the veteran politician, with 42% saying he doesn't need Uhuru. Only 26% said he would lose. 23% said the leader would join the OKA coalition. 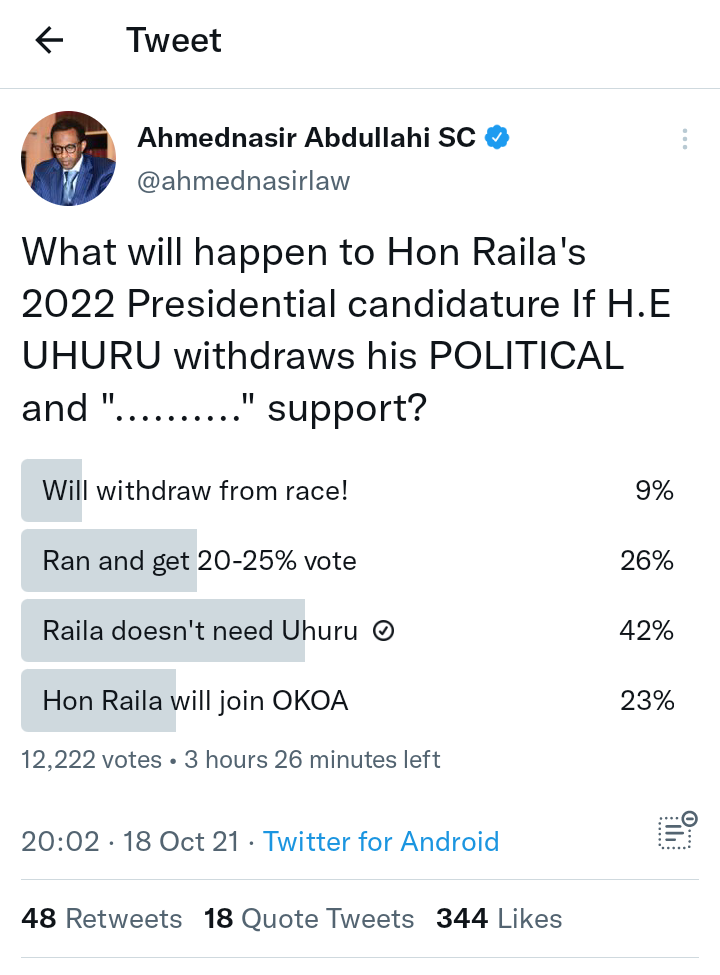 So great is his political dislike for Raila that he has predicted that the leader could even lose to the ANC leader Musalia Mudavadi in the race, and appear third after the former Vice President and the DP.

On Sunday, he opined that Raila is failing from the onset, noting that he is running out of ideas and has resorted to telling Kenyans the same things he told them he would do for them during 1997 campaigns.

He also pointed out that his influence among the people is fading, and is now having to deal with only a quarter of the people who attend Ruto's rallies, suggesting that he is headed towards a defeat.

"Both Dp Ruto and Hon Raila are drawing sizable crowds in their rallies even when they visit the same towns...but 4 critical differences are discernable to the keen eye.(1) Raila's crowd is always a 1/4 to a 1/5 of Ruto's.(2) Raila's crowds are very low on enthusiasm (3) Raila gasps for selling a narrative," he said in one of the tweets.

But his remark about Uhuru abandoning Raila seems very unlikely to be realized, considering that the President has twice endorsed Raila now, through indirectly, the latest one coming on Monday.