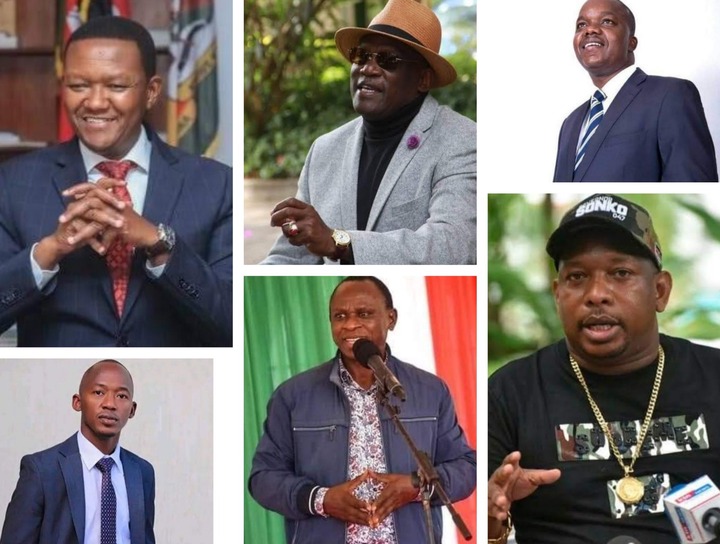 While people from all walks of life continue celebrating the new President-elect Dr. William Ruto, the Kamba people have also not been left out after their man they had firmly stood with him emerged victorious. The outgoing Kenya's Deputy President Dr. William Ruto was today 15th August, 2022 been announced by IEBC as the President elect. Truly, his success could not have been possible if not the support of everyone around his circle.

The following are the five Kamba big men who remained loyal to William Ruto and fought tooth and nail to ensure his ultimate win as the next President.

Despite his Maendeleo Chap Chap Party members supporting Azimio, Mutua defected to Kenya Kwanza in the last minutes and was lucky to be received by William Ruto and then promised goodies if he stands with him. Mutua's new turn became a huge boost to Ruto's Presidency owing to it's major popularity in Ukambani. Through his efforts and other Kamba leaders, Mutua played a very big part in ensuring Ruto's victory.

Muthama being a UDA top official and a Machakos gubernatorial candidate who unfortunately lost played an instrumental role to Ruto's Presidency. Right from launching his Gubernatorial campaigns under UDA ticket, Muthama's was always preaching the bottom up economic model in all his Machakos campaigns, something that seems to have led to William Ruto garnering most of the Ukambani votes although the Azimio garnered majority of the Ukambani votes.

Nimrod Mbai has been a vocal Kamba politician who always accompanied Ruto in all his Ukambani visits. Mbai fought for Ruto and as he sought for re-election as Kitui Senator through UDA ticket, he campaigned for Ruto who eventually got many votes in Kitui County than expected.

Vincent who retained his parliamentary seat after campaigning on UDA ticket always accompanied Ruto whenever he visited Ukambani. He was one of the most vocal Ukambani MP's who has been preaching the Hustler narratives. 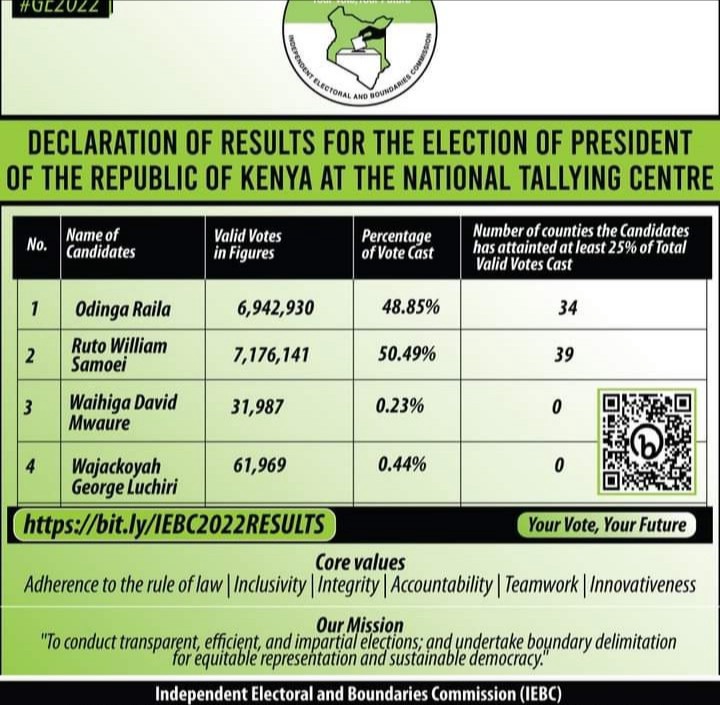 Munyaka was part of the Ruto's team that spread the hustler nation narratives and has had been campaigning for Ruto in Machakos as he sought for re-election as Machakos Town MP, a seat that he by landslide lost.

Despite having defected to the Kenya Kwanza team one week to the general elections after his Mombasa gubernatorial dreams was deferred by Supreme Court, Sonko ejected many voters to Ruto owing to its major popularity in Mombasa and also other parts of the country like Nairobi.

'' Ruto, Gachagua Are Bitter and Vengeful Against Those Who Wronged Them'' Sifuna Explains