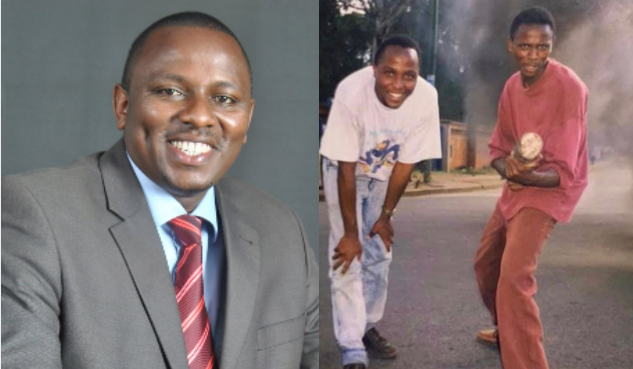 Kikuyu MP Antony Kimani Ichung'wah on Thursday gave a glimpse of his university days when he was a student at the University of Nairobi studying Bachelors of Arts in Economics and History.

The Alliance High School alumni captioned the TBT picture alongside his friend with "Got battle hardened and fought for what I believed in as a young University student. Taking no prisoners and never buying fear," with an hilarious pose. 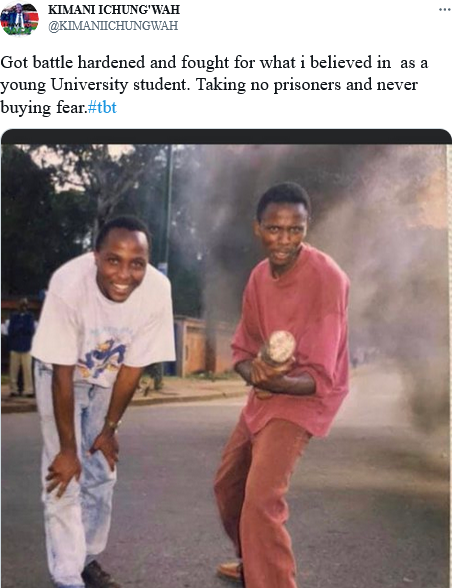 The now certified Accountant has previously worked at Diverseylever East Africa Limited, Madison Insurance Company Limited, The Standard Group as a Senior Accountant before being elected as an MP under TNA in 2013 and a re-election in 2017 under the Jubilee Coalition.

Ichung'wah is a staunch supporter of the Deputy President William Ruto, and a critics of the handshake between President Uhuru Kenyatta and the ODM Party leader Raila Odinga.

Most of his fans who commented on his picture praised the transformation, his success story, with others questioning him if he was aware of the whereabouts of his friend.

Here's some of the comments; 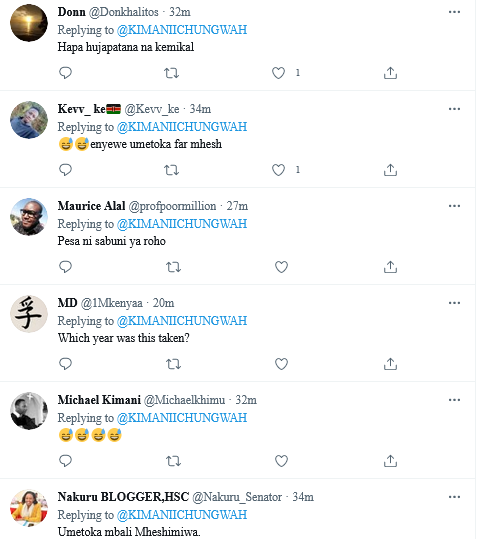