By SabinaShiks (self media writer) | 1 month ago 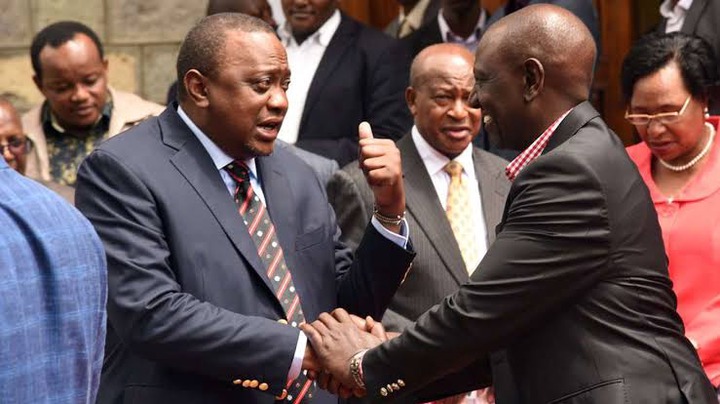 President Uhuru Kenyatta has been warned against betraying Deputy President William Ruto and endorsing another person to succeed him when he retires next year.

Nairobi politician Kiigen Koech, but who hails from Kericho county, said Uhuru must either honour his promise to support Ruto or keep off the 2022 succession contest. 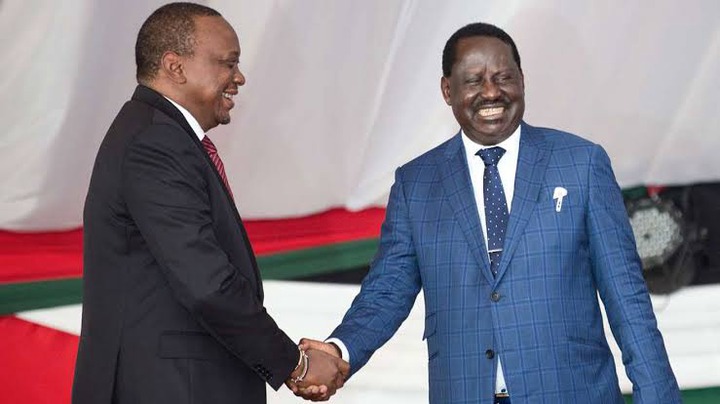 It is reported the President had a 2013 pre-election deal with his deputy in which he agreed to endorse him to serve for 10 years after his retirement.

Koech said Uhuru "will know that he doesn't know" if he abandons Ruto and backs another candidate for the top seat. 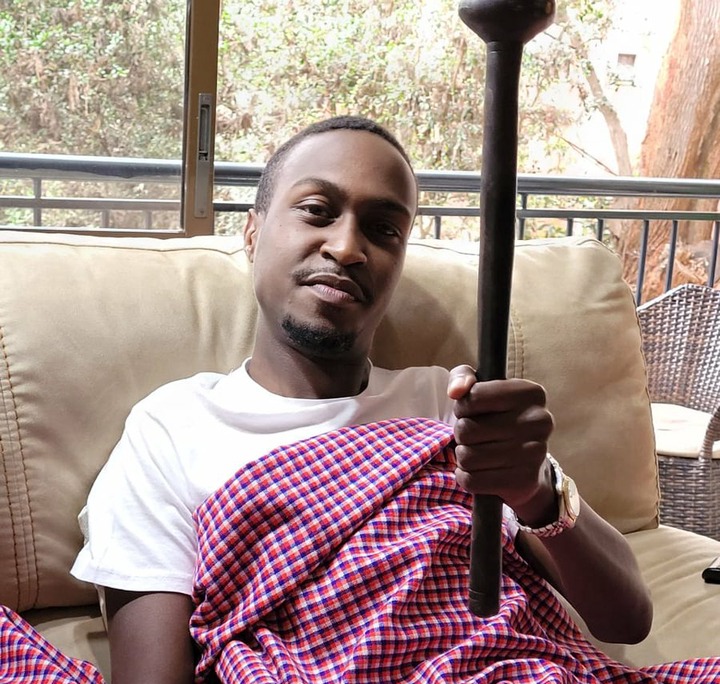 "IF President UHURU KENYATTA will not honour the 'Yangu Kumi, Yako Kumi' AGREEMENT, let him not verbally ENDORSE ANYONE for the PRESIDENCY otherwise ATAJUA HAJUI!" the youthful tweeted on Wednesday.

The 2017 Dagoretti North MP aspirant said should Uhuru go back on his promise to support Ruto, Mt Kenya people would be labelled as dishonest people. 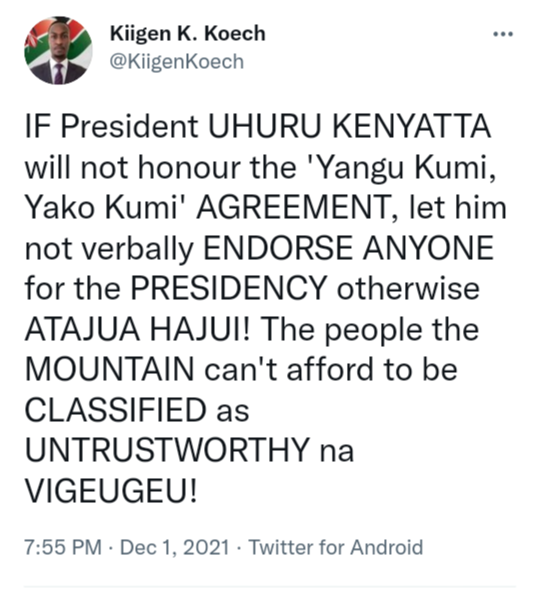 "The people of the MOUNTAIN can't afford to be CLASSIFIED as UNTRUSTWORTHY na VIGEUGEU!" Koech said.

He made the comments after Uhuru appeared to endorse ODM leader Raila Odinga for the presideny when he joined him in a function to upgrade Nakuru become country's fourth city. 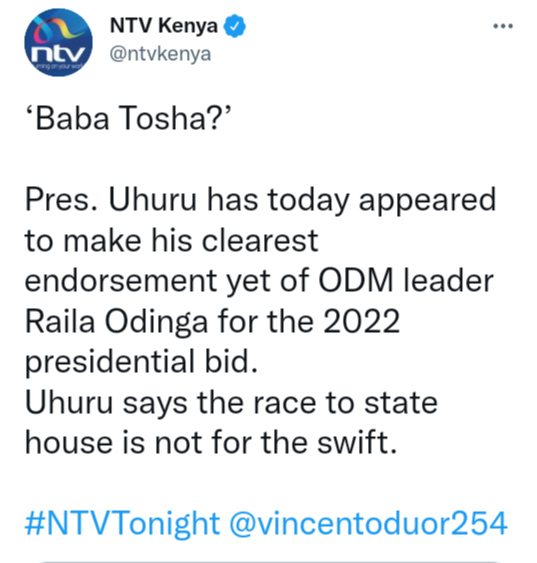 Content created and supplied by: SabinaShiks (via Opera News )