Gladys Wanga, the outgoing Homa Bay Woman Representative, defeated Evans Kidero, who ran on an independent ticket, by more than 100,000 votes to win the position of governor. 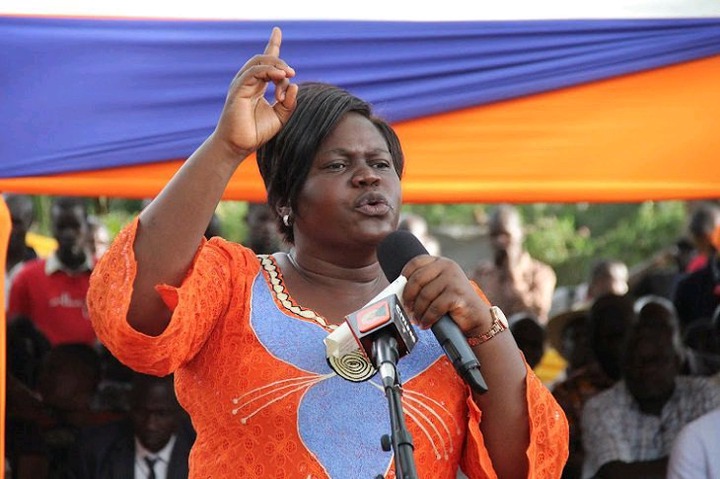 She made political history by becoming the youngest female governor and the first governor in the Nyanza region. She was born on March 7, 1981, to politician John Nyasuna.

Wanga credits her father, who made sure she accompanied him on his campaign routes from an early age, for inspiring her passion of politics.

She started her political career after graduating from Kenyatta University by being involved in ODM party politics.

She was elected as Homa Bay County's first female representative in 2013 and was unchallenged for reelection in 2017. She was the first woman from the Nyanza Region to serve as a Commissioner in the Parliamentary Service Commission from 2013 to 2017.

She also led the Nyanza Presidential Campaign team for Raila Odinga, who was the country's then-prime minister, in 2017. She was chosen to serve as the ODM Central Management Committee's secretary in 2018.

She won the intensely competitive election for the Orange Democratic Movement Party's chairperson for Homa Bay County in 2015, a position no woman had ever sought to fill before.

In 2022, she achieved another first when she was named the nation of Kenya's first female chair of the finance and national planning committee of the Kenya National Assembly.

Gladys is one of the top founding members of the Embrace Kenya movement, which promoted the Building Bridges Initiative and the handshake between President Uhuru Kenyatta and the Rt. Hon. Raila Odinga of the People's Republic of Kenya.

The person now regarded as the queen of Nyanza politics has taken a strong and loud stance on subjects like leadership, governance, leadership development, and women's empowerment.

She thinks that more women will actively engage in politics and even run for elective offices if they are encouraged and given the opportunity to hold positions of decision-making in the parties.

Content created and supplied by: Brett648 (via Opera News )

God is Alpha and Omega and can never be overdone, Mwaura responds to Sabina's claims

Is This The End Of The Road For Ex-Police Boss After Ruto's Takeover Of Power?