By Newsgang (self media writer) | 1 year ago

Former Kakamega senator, Bonny Khalwale has found himself on the receiving end with social media users after he posted a UDA photo on Twitter. 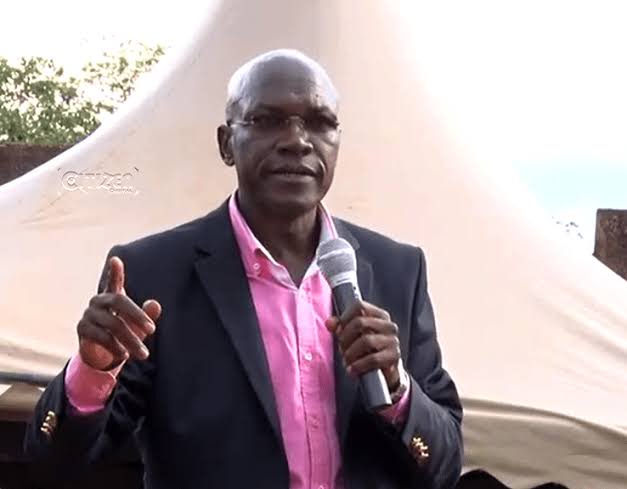 As seen on his Twitter account, Khalwale known to be a strong supporter of United Democratic Alliance party (UDA) shared a picture of a cap labeled UDA something that caused mixed reactions among the social media users who thought he had started celebrating early even before the votes are counted. 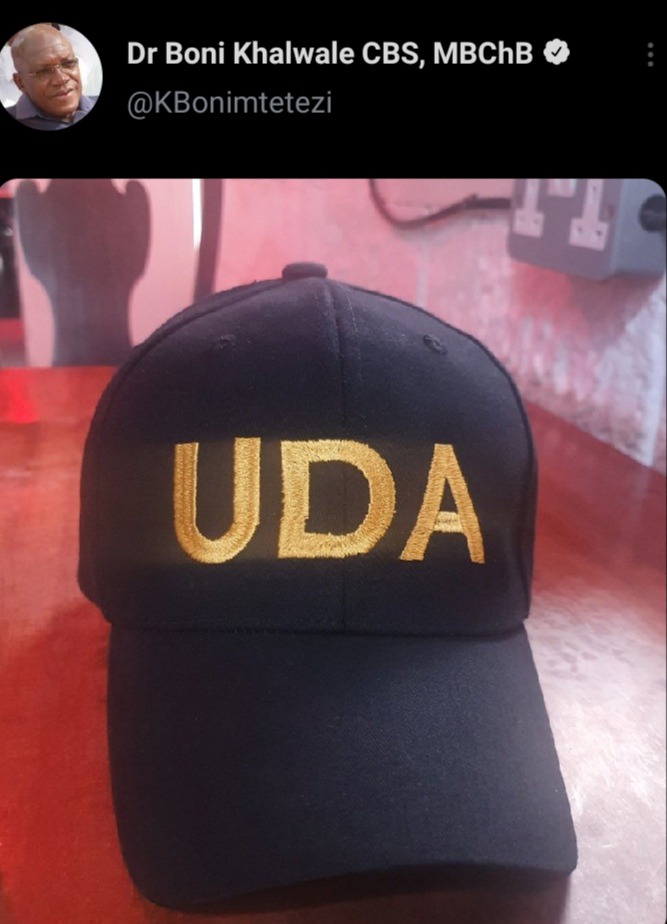 This comes when Machakos County residents are waiting for the results of the senetarial by-election which was held today as Wiper party and UDA were left in the battle of the senetarial race. However according to reports, the voter turnout was reported to be low.

After Posting the photo, some of the social media users bashed him claiming that the photo only excites Sugoi residents while another user urging him to concentrate on developments and empowerment rather than glorifying a party without giving service to people. 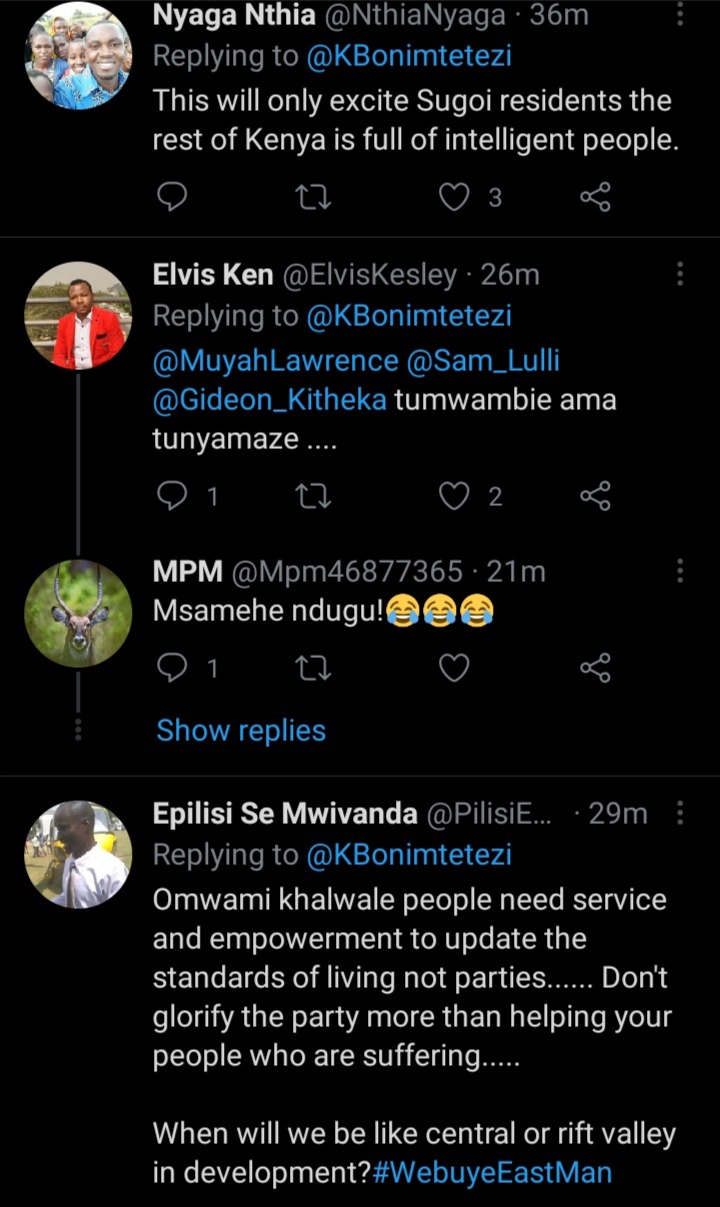 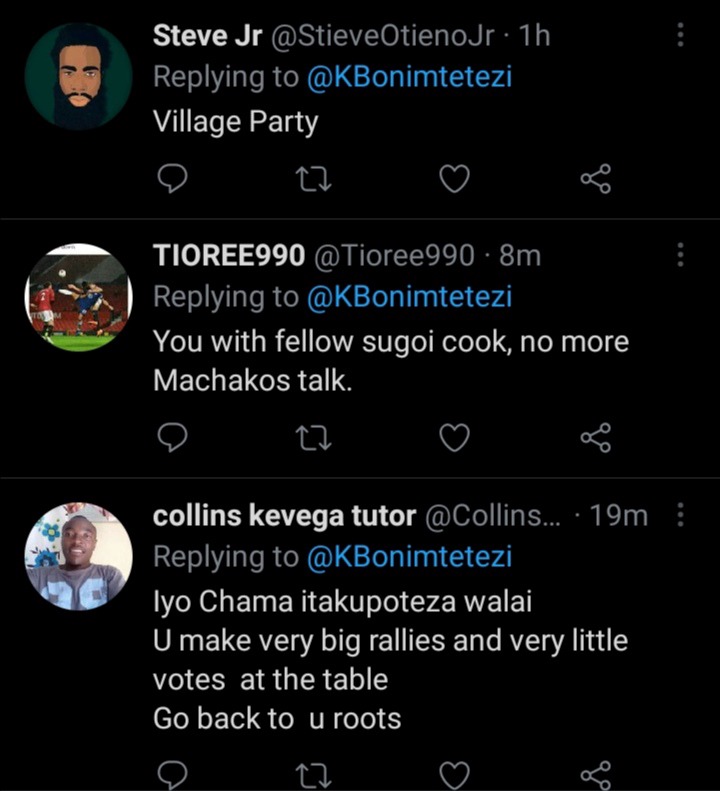 With Machakos residents eagerly waiting for the by-election results which counting of the votes is underway, Khalwale and the UDA team remain positive that UDA will carry the day. However, some social media users have warned Khalwale not to keep his expectations high because he may be in for a big shock.